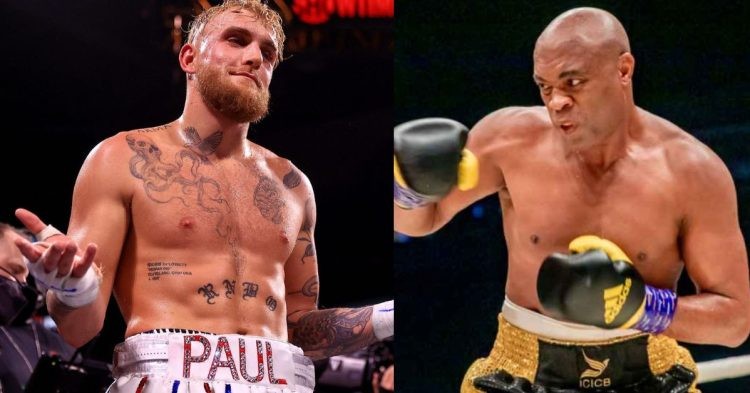 Anderson Silva will take on 'The Problem Child' on October 29th.

‘The Problem Child’ Jake Paul is scheduled to fight ‘The Spider’ Anderson Silva on October 29th. The eight-round bout will take place at the Desert Diamond Arena in Glendale, Arizona.

Anderson Silva to date is considered to be one of the greatest mixed martial artists. For most of his career, he fought in the middleweight (185lbs) division in the UFC and has successfully consolidated his position as the greatest middleweight ever. But, this is not an MMA contest. Silva will be up against the most talked about fighter in the sport of boxing in recent times, Jake Paul.

Paul holds a 5-0 professional boxing record and is almost half the age of Silva. He is young and motivated to become a world champion in the sport of boxing. Although he is yet to face a real professional boxer, Fighting Silva is still a massive step up in competition.

This is certainly the biggest fight of Paul’s short boxing career. The fight will take place at catchweight, i.e. 187 lbs. With all the years of experience Silva has got in striking, without a doubt he is by far the superior technical boxer. Jake Paul on the other hand did showcase his power by knocking out former UFC welterweight champ Tyron Woodley in his last appearance inside the ring almost a year ago.

Paul up until now has knocked out every opponent he has fought. He has also shown incredible heart and character that many didn’t expect from him. In his last two fights against Woodley, he suffered fight fatigue, heavy blows, a broken nose, a cut, and everything that could happen in a boxing ring but he never thought of giving up and he eventually emerged victorious.

Silva on the other hand retired from MMA back in 2020 after ruling the sport for more than 20 years. Silva then returned to professional boxing in 2021, and in a shockingly impressive performance defeated the former WBC middleweight champion Julio Cesar Chavez Jr. via a split decision. Silva then knocked out Tito Ortiz in just 81 seconds to gain his third boxing victory.

Who will get their Hand Raised?

Jake Paul would break the hearts of every MMA fan on earth if he ends up beating Anderson Silva or worse knocking him out. MMA fans would love nothing more than ‘The Spider’ to beat a guy who has been trolling the MMA community for a really long time. Surprisingly, Paul in recent weeks has risen to become a favorite for this fight.

To defeat a veteran like Anderson Silva, Paul needs to have a good game plan and will need to maintain a solid level of technique until the last second. But that’s unlikely to happen. Most probably Silva’s pressure and volume will be too much for Paul and hence he might suffer his first defeat against ‘The Spider’ Anderson Silva