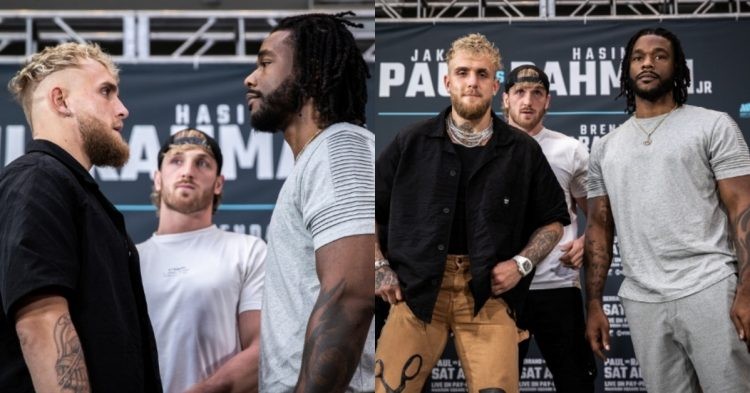 It does not look like Jake Paul had a problem selling tickets after all. Following the cancellation of his bout against Hasim Rahman Jr, fans speculated about the real reason behind Jake pulling out of the contest.

According to the official statement from his side, the bout ultimately did not happen in light of some weight-related issues from Rahman Jr’s camp. But rumours had it that there were other reasons behind the event not happening and lack of fan interest is one of them.

Despite Jake being one of the biggest stars in combat sports, there seemed to be apathy from the fans towards his fight against Hasim. Firstly, Hasim is not the biggest name available in boxing, plus he was a replacement for Tommy Fury. So, according to rumours, Jake’s camp cancelled the fight because the event was not selling enough tickets.

But, that did not turn out to be true as MMA journalist Ariel Helwani reported that ticket sales for the event at Madison Square Garden were going really well. So well that it was set to become one of the highest-grossing boxing events inside the iconic arena in the last 15 years.

Obviously, the narrative being put out there is different, but this is what MSG is saying. They also said they expected a strong fight week push and would be happy and willing to work with the MVP team again in the near future.

After the news had broken that Jake Paul will not fight Hasim Rahman Jr, the entire world wanted to know the reaction of one person, Dana White. It is no secret that both Dana and Jake dislike each other. When asked about the incident, White alleged that the ticket sales for the event were very poor.

He stated that the event had sold tickets worth less than a million dollars. Even Eddie Hearn agreed with Dana’s speculation. Hearn, who was Jake’s business partner not so long ago, thought ticket sales were not good enough for the event to go ahead.

But Ariel Helwani’s report seems to dismiss all the claims from both Dana White and Eddie Hearn. It also clears any doubts regarding Jake’s star power. If Helwani’s report is to be believed, then The Problem Child still remains one of the biggest names in boxing.

So, now the question arises, who will the 25-year-old face upon his return to the ring? As per a recent report, Jake was rumoured to be in talks to fight a fellow internet personality and retired kickboxer, Andrew Tate. But Tate’s spokesperson came out to claim that the rumours were not true.

Who do you want to see Jake fight next? Do you think there is any validity to the reports of a fight between Jake Paul and Andrew Tate? Or do you think Paul will once again try to make the Tommy Fury fight? Let us know in the comments down below.