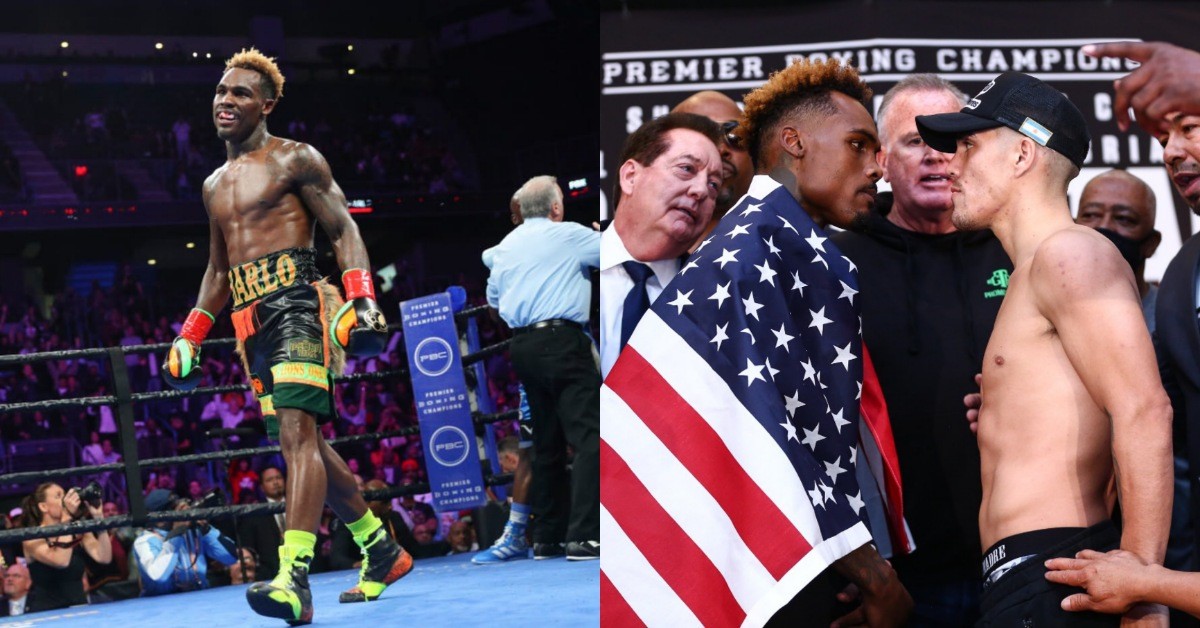 Jermell Charlo has become the first-ever Undisputed Light-Middleweight Champion! He stopped Brian Castano in the 10th round of their bout to attain all four belts in the 154lbs division. Charlo and Castano put on a great show for fans all over the world as the bout produced multiple highlights throughout the duration of it.

Their previous bout between them ended in a draw last year as both fighters engaged in a very entertaining brawl. But this time around, Jermell rose to the occasion and displayed a champion’s temperament. Although the start was not great, Charlo ultimately found his flow in the latter rounds and won the bout via a 10th round stoppage.

Charlo is now only the seventh fighter in the modern era to grab all four belts at the same time. However, Jermell is the only fighter to do it in the Light-middleweight division. With such an elusive record under his belt, the 31-year-old will surely get more notoriety in the world of boxing. He may even get a shot at Canelo Alvarez if he keeps on winning.

How much money did Jermell Charlo earn against Brain Castano?

As mentioned previously, Jermell Charlo and Brian Castano already butted heads previously. They fought on July 17 of 2021. The bout took place at the AT&T Center, in San Antonio, Texas. Although the contest had an anticlimactic end to it, it generated a lot of money for both fighters. Charlo reportedly had a guaranteed fight purse of $1 million and ultimately had an estimated payout of $3.5 million. His opponent Castano had a guaranteed purse of $500,000 and had a payout of $1.25 million.

For the rematch, both fighters will apparently take a pay cut. According to a report from Draftkings, Charlo’s guaranteed purse will remain the same, $1 million. But his payout may decrease by half a million dollars. He is projected to receive $3 million, whereas Brian Castano is set to get a payout of $650,000 with a guaranteed purse of $350,000.