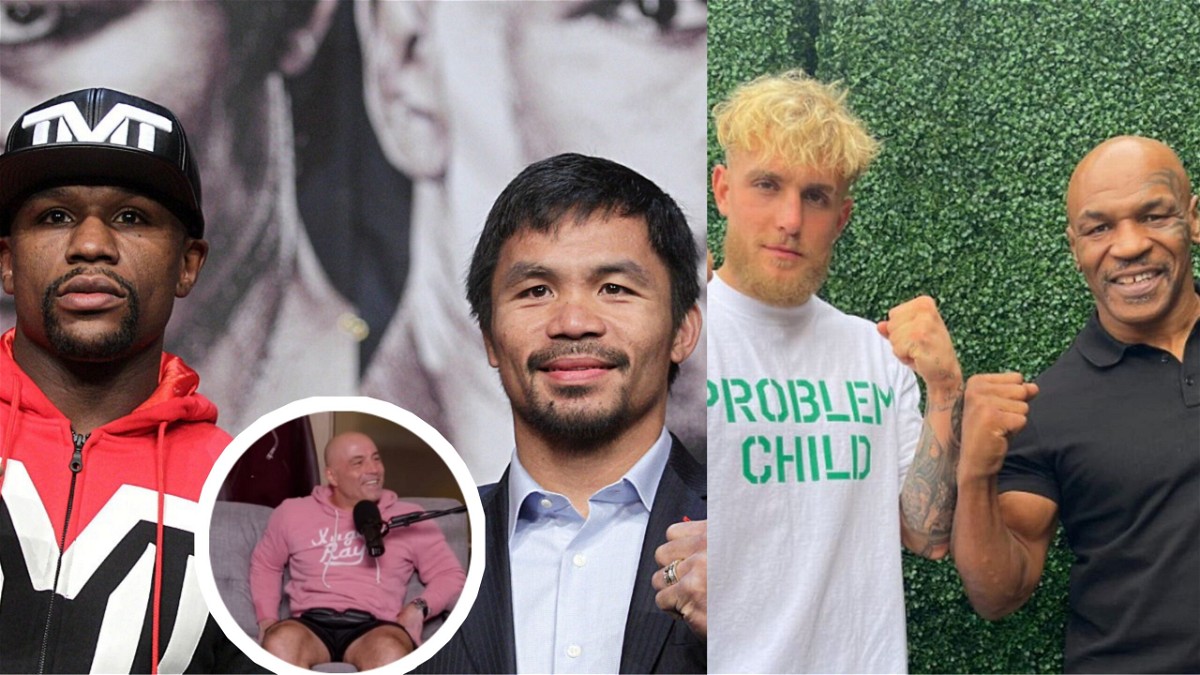 According to UFC broadcaster Joe Rogan, if Mike Tyson steps back inside the ring one more time to fight Jake Paul, it will break the prior all-time PPV sale record set by Floyd Mayweather and Manny Pacquiao almost a decade ago.

Mike is considered one of the greatest and most fearsome boxers to ever walk across the planet earth. Although he has been formally retired for a number of years now, Tyson is still immensely popular amongst boxing fans and he is still culturally relevant.

Jake Paul, on the other hand, is a YouTuber turned celebrity boxer. He has taken the world by storm after viciously knocking out two former Mixed Martial Arts (MMA) champions. Although Paul’s last fight did not do well in terms of Pay Per View (PPV) sales, he still has the potential to do boffo business, if matched up with the right opponent.

The 2015 fight between Floyd Mayweather and Manny Pacquiao sold a reported 4.6 million PPVs. In a recent appearance on Mike’s podcast, ‘Hotboxin’ with Mike Tyson,’ Joe Rogan revealed that Tyson can definitely break the record if and when he fights Jake Paul. He said,

“I mean how many million people would buy that Pay Per View? I bet that would be a giant pay per view. What do you need to be like a Manny Pacquiao-Floyd Mayweather Pay Per View? That’s the greatest of all time. Right? I think that was the biggest Pay Per View of all time…. That (Mike Tyson vs Jake Paul) might be right up there.”

“That fight would be gigantic. Because first of all, everybody would want to see (the fight). A good, large percentage would want to see you (Mike Tyson), knock his block off! That would be like most of the people buying. Let’s be honest, right? No disrespect to Jake Paul.”

The 55-year old boxer is also very much into the idea. He thinks Jake Paul brings a lot more eyes to the sport than most of the champions. However, Tyson is concerned about Jake Paul’s wild nature. He hopes Jake does not get into any trouble with law enforcement.

The 25-year old last fought Tyron Woodley last year. He has been very quiet about his next opponent. Tyson on the other hand, boxed Roy Jones Jr in an exhibition fight in November of 2020. With both parties being available, it makes the likelihood of the bout taking place much higher.