Ever since she made her professional boxing debut in 2016, Katie Taylor has been a force to reckon with. She has flawlessly outclassed all 21 of her opponents and is yet to be defeated in her pro boxing career. It is needless to say that she will go down as an all-time great in the history of boxing.

The Irish boxer’s monumental achievements speak for themselves. She is a two-weight world champion and is currently the undisputed lightweight titleholder. Moreover, Taylor is also the pound-for-pound greatest female boxer in the world. What makes Katie more special is the fact that she has been dominating the scene even before going pro. 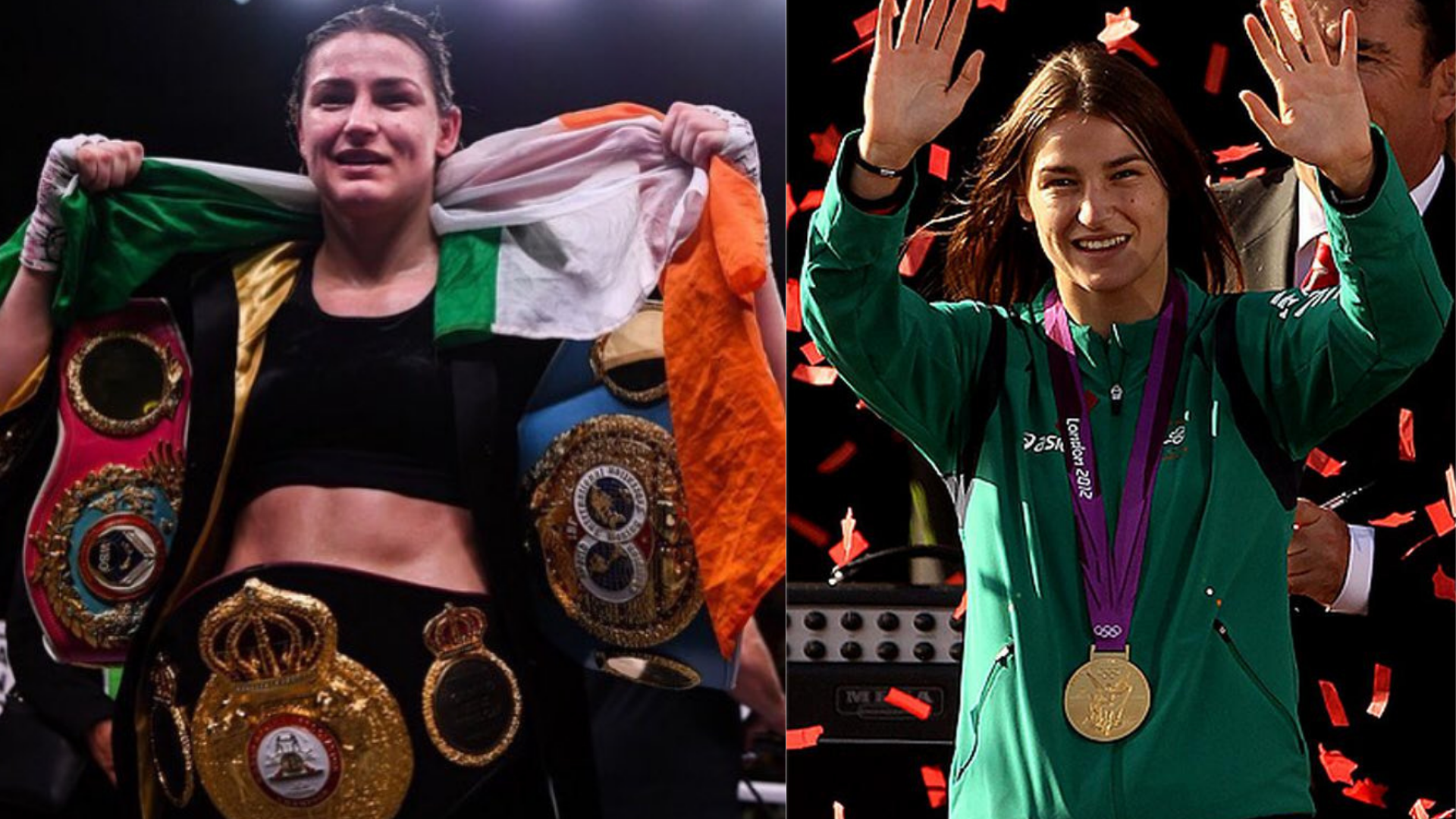 As an amateur boxer, Taylor has won five consecutive gold medals in the women’s world championship, a gold medal in the 2012 London Olympics and several other medals. All these above-mentioned achievements are a testament to the greatness of Katie Taylor.

She will now defend her unified lightweight titles against Amanda Serrano at the Madison Square Garden in New York. All eyes are on this super fight as two of the greatest female boxers will square off against each other. As we inch forward to this big clash, let us shift the topic from her achievements inside the ring and take a look at some of her walkout songs.

After going on a six-fight winning streak, Katie Taylor earned an opportunity for the vacant WBA female lightweight title shot against Anahi Sanchez. For this big fight, The Irish boxer walked out to a fusion of an old classic ‘It’s a Man’s World’ and ‘Thunderstruck’ by the legendary rock band AC/DC.

The Bray Bomber continued her dominance inside the ring as she defeated Sanchez via unanimous decision to win the lightweight title.

The Irish lightweight faced Delfine Parsoon in a jam-packed Madison Square Garden in New York also known as The Mecca of Basketball. There was a lot at stake as both the fighters were on a mind-boggling winning streak. Moreover, all eyes were on this matchup as the winner would become the undisputed lightweight champion.

For this high-stakes fight, Katie Taylor walked out to the popular song ‘I still haven’t found what I’m looking for’ by U2. This rock band is based out of Ireland and fans were buzzing as Taylor made her way to the ring. In what was a nail-biting contest that went to the distance, The Bray Bomber survived a scare as she edged past Parsoon via majority decision.

Katie Taylor’s undisputed lightweight title reign was on the line as she took on the American boxer Jennifer Han in Headingly. The Bray Bomber made her way to the ring to the melodious tunes of ‘Strings for the Yasmin’ by Tin Tin Out.

Katie Taylor makes her way to the ring ???? pic.twitter.com/CtYRQNCPG3

Just like in all her previous fights, Taylor faced no hiccups as she completely outclassed Han throughout the twelve rounds to retain her crown as the undisputed lightweight queen.

Following her one-sided dominance against Jennifer Han in September 2021, Katie stepped inside the ring in two months’ time to defend her lightweight titles against Firuza Sharapova. This was unarguably one of the most important fights of her career as Sharapova is a former lightweight champion with an undefeated streak of 14 wins to her name.

For this title bout, Katie Taylor walked out to the song  ‘There she goes’ by The La’s. This song was one of the most popular songs in the 90s and undoubtedly the biggest hit of the band The La’s. The Irish boxer put up a great performance to win the bout via unanimous decision. With this victory, Katie extended her undefeated record to 20 wins.

Katie Taylor made her ring walk inside Madison Square Garden in front of 20k plus fans to take on Amanda Serrano for the undisputed lightweight championship. Taylor chose the song Awake My Soul for her walk-out to the ring for the Amanda Serrano fight.