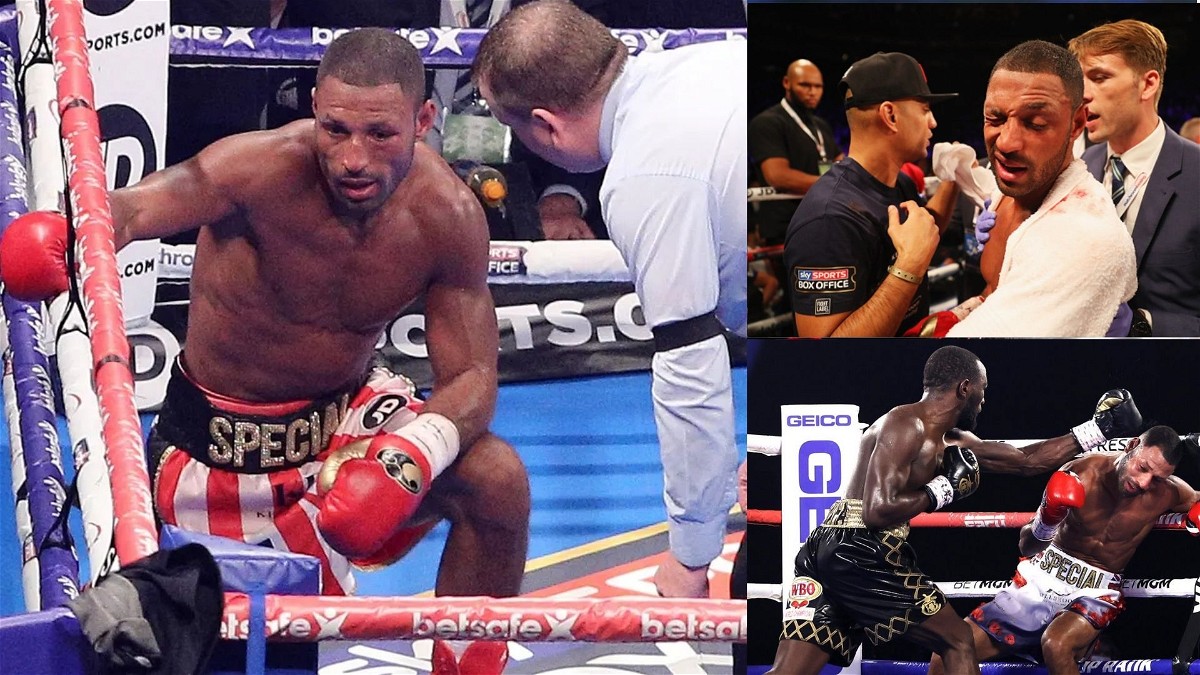 Having held the IBF title from 2014 to 2017 “the special one” has been one of the top-tier fighters in the boxing world. Kell Brook is going to face former unified lightweight champion Amir Khan in his next fight.

“The special one” debuted in 2004 where he got a decision victory over Peter Buckley. He earned his first title “BBBofC welterweight” after 16 wins/matches in his early career. However, as of now, the fighter has fought over 42 fights. Of which, he has come victorious in 39 odd fights.

So, the question arises who are the fighters that beat Kell Brook? Let us have a look.

Who has defeated Kell Brook?

“The special one” was unbeaten for over a decade since his debut in 2004. His first loss came against Gennady Golovkin via TKO in 2016. Kell was fighting for WBC, IBF, and IBO middleweight titles in that fight. But unfortunately, Brook injured his eye socket against Golovkin in the fifth round of the 12 round fight. This forced him out of the fight and Gennady went on to retain his titles for two more years.

Brook’s second loss followed consecutively after his first loss against Gennady. Kell faced Errol Spence next year to defend his IBF welterweight title which he won from Shawn Porter back in 2014.

In the fight against Errol Spence Jr, Kell Brook wasn’t able(claimed) to see through his left eye after 10 rounds of striking. This forced Brook to voluntarily take a knee and thus he lost his belt via countdown.

Having lost two consecutive fights after a winning streak of 36 fights over 12 long years was saddening. But, what was worse was he broke his eye socket again and had to go through surgery.

Nevertheless, after successful surgery in 2017, Brook decided to move up to the light-middleweight division and won WBO Inter-Continental light-middleweight title in a matter of 2 years. With three consecutive wins, he decided to move back to welterweight only to secure his third loss against Terence Crawford at MGM Grand Conference Center. Brook faced Crawford at MGM Grand Conference Center for the WBO welterweight title. But, Kell fell short to Crawford as he lost to him via TKO in the fourth round of the fight.

As of now, the fighter’s last two welterweight fights have ended badly for him. Moreover, it is certain that he is past his prime. So, a fight against Amir Khan will give him a chance to add another victory to his illustrious record of 42-3.

“Honestly I Want Him to Stay”- Khabib Nurmagomedov Urges Cristiano Ronaldo to Stay in Manchester United, Discusses His Relationship With the Football Star