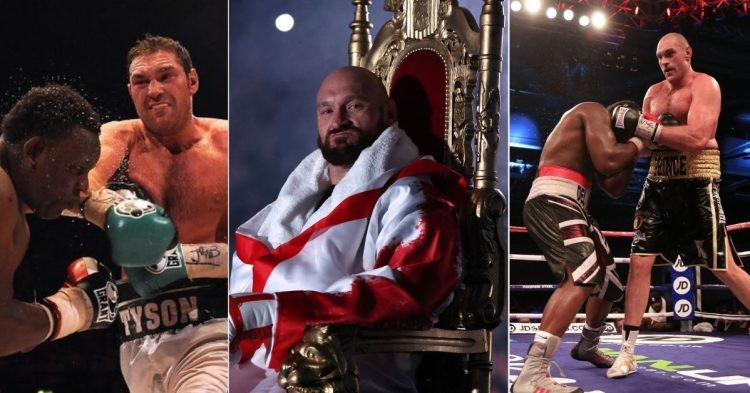 From fighting Oleksandr Usyk to a showdown against Anthony Joshua, Tyson Fury teased the boxing world with some incredible match-ups and then ended up confirming a bout against Derek Chisora. A man he has already fought twice, beaten twice, and has only won once in his last four outings inside the boxing ring.

I Came I Saw I Conquered 👑🥊

Thank you Wembley, We Made History!

God Bless You All, My Family and My Team. All Glory Be To My Lord and Saviour Jesus Christ #GypsyKing pic.twitter.com/SYsX17A9vA

You heard that right! Tyson Fury vs Derek Chisora 3 will take place on December 3 at London’s Tottenham Hotspur Stadium. Fury, who announced his retirement from the sport when he fought Dillian Whyte back in April of 2022 will make his return to the ring in what fans are calling a “glorified sparring session.”

Sources close to ESPN confirmed that the duo will share the boxing ring later this year with Fury’s WBC title and The Ring heavyweight title on the line.

While the world had seemingly accepted Tyson Fury’s retirement, the Gypsy King was always in the limelight. His constant back and forth with Anthony Joshua, and a call-out to Oleksandr Usyk had the entire world convinced that we could possibly see a huge match-up next.

However, as it turned out, boxing fans will be treated with something they never asked or even hoped for. Fury and Chisora will share the ring for the third time in a trilogy fight and fans already know the result. Quite clear isn’t it?

Chisora is way past his prime and has lost three of his last four fights. The last time around when he stepped inside the ring, he barely managed to beat 41-year-old Kubrat Pulev, picking up a split decision victory. It’s hard to imagine Chisora is getting a shot at the belt, but when you are Tyson Fury, anything is possible. Well except for a fight with Anthony Joshua.

Check out some wild reactions from fans who are calling it a complete “waste of time” and rightfully so. Fury and Chisora shared the ring for the first time back in 2011, with the Gypsy King picking up a comfortable unanimous decision victory. The second time around was no different, as Fury stopped Chisora in the tenth round to pick up the victory.

It’s a joke if this ppv

What a waste of time!!! Exact same fight and result as Whyte fight 🙄

trash fight , instead of waiting a few months for the undisputed fight , he is fighting another cherry pick that he has already beating twice