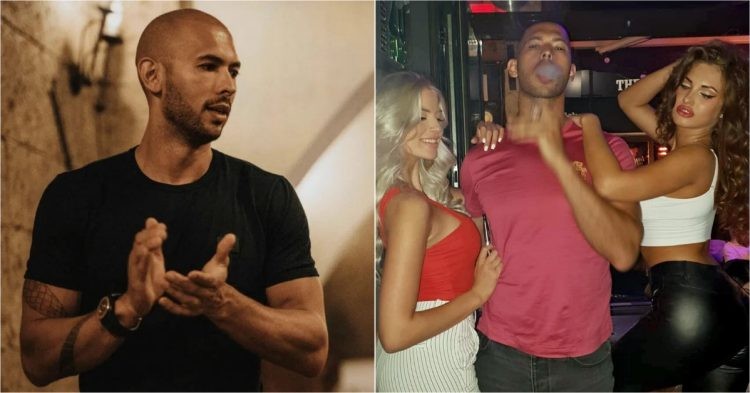 Former kickboxing champion and internet sensation Andrew Tate is a man of mystery. Despite being known for his millionaire-playboy lifestyle, Andrew has revealed that he does in fact, have children of his own.

In a live stream with famous Twitch streamer and friend Adin Ross, Tate revealed some shocking news. Initially, Adin is shocked to hear that Andrew has over 10 kids, with different mothers around the world. Upon being asked if all his kids were from different mothers, Tate says, “Not all different, but there’s been a few ovens to bake the bread. Women are slow, G.”

Previously, the ‘Top G’ also revealed the same in an interview with The Times. “Double-digit children and they all adore me. They see me as their hero and the women who have my children see me as a hero. Everybody close to me respects me. Nobody has ever said that what I am doing is detrimental to the boys. Or the girls.”

Moreover, on a podcast not too long after, the controversial social media star was quoted saying that he would consider having kids with Dua Lipa. Andrew admits that she could give him “strong Albanian half-sons”. In the same breath, he also rejects the idea, labeling the singer as a “feminist or some crap”.

Andrew initially rose to fame due to his contentious views on women and that they “bear some responsibility” for being assaulted which later saw him banned from Twitter. Soon after, Tate was fully de-platformed and removed from the majority of social media including TikTok and YouTube. Recently, however, the $350 million rich star has returned to Twitter and is active on Rumble as well.

By now, most people are aware that Twitch streamer Adin Ross is good friends with the ex-kickboxer Andrew Tate. The pair have done multiple streams together and have even met in person on numerous occasions.

Recently, Adin also asked the ex-kickboxer to call him when a tweet came from the Top G’s Twitter profile after the arrest. As a sign of his friendship, Adin recently went bald to keep his promise to Tate.

On one of his live streams, Adin Ross was asked why he shaved his head. However, the YouTuber didn’t shave his hair for fun or content, but rather as part of the promise he made to the 36-year-old.

Since their friendship, Ross has claimed in his live streams that Andrew motivates him. As such, he now wants to follow a good diet and exercise to be fit like Tate. Commenting on the recent arrest, Adin believes that the Top G is innocent till “proven guilty” and that he is a very genuine person.

Do you believe Andrew Tate is wrongfully imprisoned? If so, when do you think he will make his return? If not, why do you think he is guilty and what should be his punishment? Leave your thoughts in the comments below.