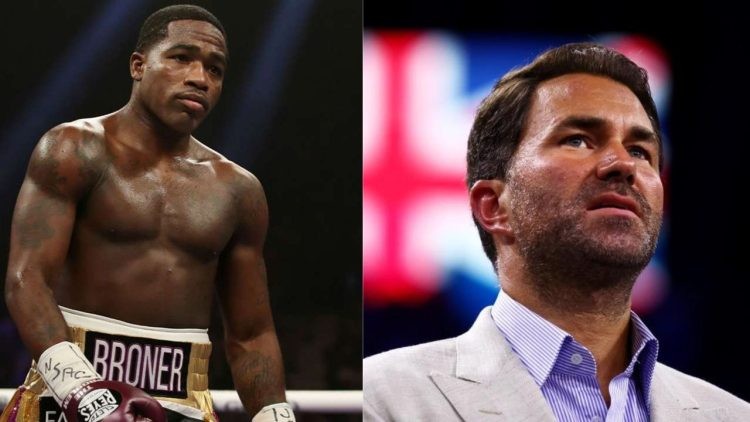 Adrien Broner has been out of action for quite some time now. Following a controversial decision victory over Jovanie Santiago last February, Broner has taken time off from the sport.

In fact, Broner was meant to face Omar Figueroa on August 20th, this year. However, due to mental health issues, ‘The Problem’ decided against stepping into the ring. This was also the second time a fight between Broner and Figueroa was canceled.

Interestingly, Broner is looking to make a return soon. In a post on his social media, Adrien leaks a chat with Eddie Hearn revealing offers to fight Conor Benn and Montana Love.“Them guys can’t f#%K with me,” says Broner to Hearn. In his response, Eddie wrote,” It’s $2.5m to fight Benn and $2m to fight Montana.”

Although many fans believe that these are very good offers, Broner believes that he deserves more. Despite not fighting for a very long time and with age not on his side, it’s clear that Adrien wants a big payday.

Previously, it was reported that Broner reportedly declined two more offers from Hearn to fight Benn. At the  time, Hearn’s only response was, “We’ll see if we can find the money.” However, the general consensus is that Broner should be taking these opportunities with both hands.

What’s Next For Adrien Broner?

Currently, Conor Benn is set to take on Chris Eubank Jr. in October. After that, it is reported that Eddie Hearn wants to make Adrien Broner vs Conor Benn in December or early next year. Additionally, Hearn has discussed numbers with Luis DeCubas on behalf of PBC and intends to keep trying to reach a deal.

As for Broner, he seems to be eyeing a huge payday by challenging Floyd Mayweather Jr. to an exhibition bout. Moreover, an exhibition vs. Broner would go against type for Mayweather since his professional retirement. ‘Money’ has been going up against opponents with minimal boxing experience, who won’t possess too much of a threat to him.

However, with Mayweather set to fight YouTuber Deji in November, Broner will have to wait his turn. In the meantime, will ‘The Problem’ fight Conor Benn or Montana Love? Only time will tell.