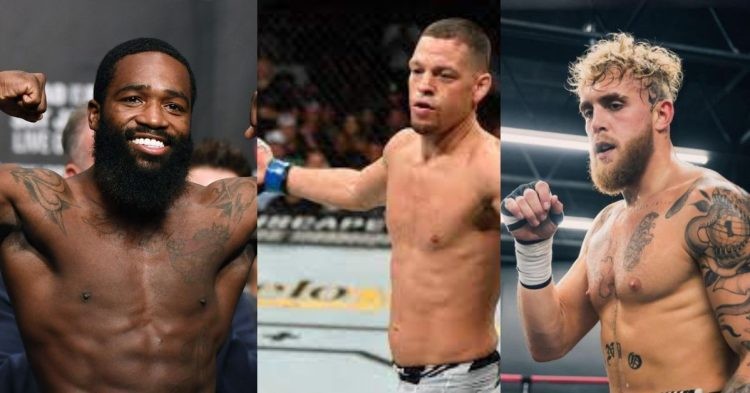 Nate Diaz has announced his intention to leave the UFC. After working for the company for the previous 15 years he stated that after taking care of some business outside the octagon. He also mentioned that he would eventually like to return.

In the midst of the Jake Paul callouts, which led to reports of them both engaging in a boxing match, he did make a passing mention of trying his hand at the sport.


Meanwhile, Adrien Broner appears to enter into a combat sports crossover match. When Diaz submitted Tony Ferguson in the fourth round in his final contest for the UFC,  Diaz had expressed interest in switching to boxing when he called him out. Broner is a multiple-division champion and a big name in the boxing world. A fight between them would be great for business.

He doubled down in his callout, wherein he took to instagram and stated, “@natediaz209you coming over to boxing I will give yo a$$ everything you looking for #LETSGETITAB,”

Right now in his career, Broner is in an odd place. He withdrew from a bout against Omar Figueroa on August 20 only two months prior, citing mental health complications as the reason.

Paul made it known that he would be willing to take on Nate Diaz in a boxing match. After his planned battle with professional boxer Hassim Rahman Jr. fell through earlier this year, the fighter and promoter is anticipated to face Anderson Silva on October 29.

Paul said on social media that he would be interested in facing Diaz even though he just has a few weeks left until his battle with Silva.

As Paul tries to improve the calibre of opponents he faces as he continues to break into the professional boxing scene, a fight with Nate Diaz would probably spark a lot of interest. For that reason, the fight between the two does make sense since it boils down to prize fighting in boxing at times.