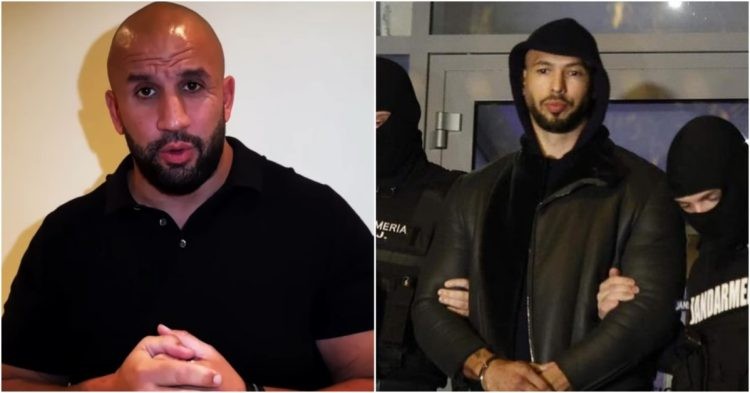 Andrew Tate and his brother Tristan Tate were recently detained in Romania. It caused a massive uproar on social media, as the incident came as a massive shock to his fans. There are a lot of speculations about why the Tate brothers were apprehended by the authorities. From human trafficking to money laundering, there were a lot of accusations against them. However, Tate’s close friend denies it all!

Tam Khan, who is a UK-based MMA promoter, has put out a video to clarify the situation. Khan is a close friend of Andrew Tate’s.

Top G had a very public back-and-forth with Greta Thunberg before his detention. As a result of that, Andrew faced a ton of backlash for targeting the 19-year-old. There is also a popular theory that Tate’s response to Greta during their feud, was one of the main reasons behind his detention.

But, Tam Khan has rubbished all of it. He wants the fans to see the person Andrew is behind the scenes. Khan admitted that Tate’s way of conveying his messages is not everyone’s cup of tea. But Tam has nothing but good things to say about the controversial internet celebrity. He thought the authorities targeted Andrew unfairly and gave the 36-year-old a glowing character certificate.

He added, “He is a good brother and I do not believe anything which is being accused of him. Yes, let me say one thing right now. Unless you give me video and they produce video proof of him kidnapping and harming a female, then I’ll put my hands up and say he’s wrong, he’s guilty, and have nothing to do with him. But anything else, I’ll never accept.”

“I’m not gonna go by witness testimonies, I don’t belive in the system, I belive they’re all out to get him. I don’t go by hearsay, I wanna see real proof. Until that day, I’ll never belive any of these rumors. Why? Cause, I know the guy personally, I know his big heart, I know how loving he is, I’ve seen him around situations you wouldn’t even know, I don’t wanna mention.”

Andrew Tate’s recent run-in with the law was his second one in 2022. In April of last year, Tate was summoned for interrogation. Apparently, two women, rescued from Romania, accused Tate of abducting them, along with his brother. However, his recent detention was much more serious in nature.

Reports added that his villa was also raided by DIICOT. The sight of Tate in handcuffs was certainly a striking one for his fans. But shortly afterward, reports came out that his brother, Tristan Tate, was reportedly let go from custody. Hence, fans may ask the question, is Andrew Tate out of his recent detention?

There are reports going around that Tate can spend upward of 30 days in custody. Even in his video, Tam Khan hinted at the fact that Tate was still in the grasp of the Romanian authorities. A Romanian lawyer even weighed in on the matter and stated that Tate can serve up to 20 years of jail time if there is a conviction.