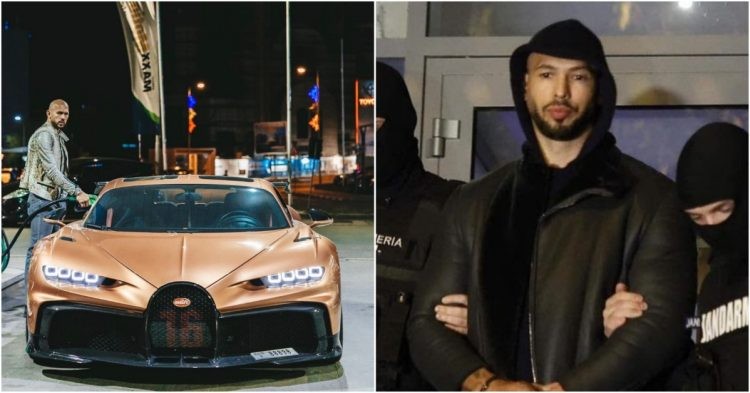 There is some disheartening news for Andrew Tate as the investigation unfolds on his recent legal troubles. By now, fans around the world, are aware of the news that Tate was detained in Romania.

On December 29th, he was apprehended by the authorities after his house was raided. However, there was no clear indication as to what the police seized during their operation.

But, almost 4 days after his detention, it looks like there is some progression in the investigation. After locking him up, the police are also planning on taking over his supercars. Andrew, who grew up and started his kickboxing career in England, moved to Romania later in his life. He repeatedly praised Romania for its living conditions.

This is not unexpected. The court will determine whether those cars were acquired through money generated by the purported crimes.

If found innocent, the 11 cars will be returned back to Tate. pic.twitter.com/JJlBx6T6PR

But, after his recent encounter with the law, the police searched through Andrew’s luxury villa and they found 11 supercars in total. Amongst his collection of cars is the Bugatti Chiron that Tate flexed with pride. Just before his detention, Tate posted a photo of his Bugatti and taunted 19-year-old Swedish climate activist Greta Thunberg. It is rumored that the Bugatti is also amongst the cars which are frozen.

This is just the start.

Please provide your email address so I can send a complete list of my car collection and their respective enormous emissions. pic.twitter.com/ehhOBDQyYU

However, Tate claimed that he had 33 cars in total. But on his Romanian property, the cops have found only 11 cars. So there are still 22 cars that are not under the grasp of the Romanian authorities.

The reports added that Andrew’s vehicles would not be released until the court determines whether the cars were acquired legally or not. But, Tate previously claimed that he did not own any of his supercars.

Andrew Tate has a car collection worth $20 million

Andrew Tate, prior to his recent detention, did not have any shortage of funds. Although his official net worth is about $350 million, Tate previously claimed that he was a trillionaire. However, that may have been a sarcastic comment. He makes no compromise on his lifestyle choices. Apparently, he has a car collection worth $20 million!

From Ferraris to Porches, to a $5.2 million Bugatti, Tate’s car collection is enough to put any Billionaire to shame. At one point, he also owned a private jet. However, the reports do not clarify which cars exactly are seized by the Romanian police. Verified reports added that Tate would remain in the custody for 30 days since his initial detention.

Top G is being investigated for organized crime, holding two women by force, and various other alleged charges. One Romanian lawyer even opined that Tate may even spend 20 years in jail if he is proven guilty of the charges. But, Tate’s legal team maintains the position that there are no grounds for a case against the 36-year-old.

What do you make of Andrew Tate losing his cars temporarily? Let us know in the comments down below.