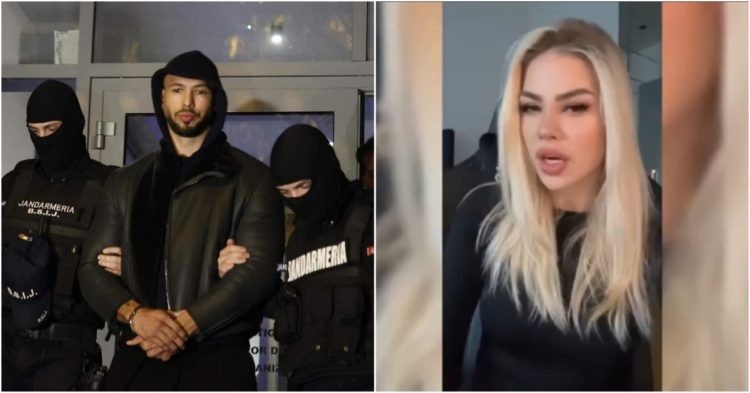 Andrew Tate was perhaps the most polarizing figure of 2022. Throughout the entire year, he was the subject of debates all over the world. While he was labeled as a misogynist, the recent accusations against him are perhaps even more severe. He was initially reported to be under investigation for human trafficking. Later, reports of money laundering were also mentioned.

But, there is also a certain portion of fans who are defending him. Recently, Tate’s close friend Tam Khan came forward in his defense. Khan stressed how good of a human being Tate really is. He also mentioned the amount of charity work that Tate does on a regular basis. But Tam Khan is not the only one, Andrew Tate’s ex-girlfriend also is coming to Andrew’s aid.

Earlier in 2022, videos went viral of Tate allegedly hitting a woman. It led to Andrew facing a severe backlash. But, the woman who was in the video, revealed there was nothing to cry foul about. The woman stated that she was engaging in a rough role-play with Tate. She has once again decided to speak up as the tension around Tate has flared up! This time, she defended both Andrew and his brother against all the allegations.

Is Andrew Tate still in detention?

Andrew Tate was detained just on the cusp of the new year. Reports surfaced on December 29th that Tate was in the custody of the Romanian authorities. Following that, fans wanted to know why Andrew was detained in the first place. Allegedly, Tate is under suspicion of organized crime, human trafficking, and withholding women against their will.

The authorities also raided his luxury villa as well, as a part of their investigations. Tate’s fanbase certainly has a great reach. Right after his detention, videos went viral that claimed Tate was released just hours following his initial detention. But, that ultimately did not turn out to be true as official reports added that Andrew would be in custody for 30 days.

Andrew Tate arrested at his home in Romania following a raid by police. pic.twitter.com/lfHpvTzZrP

Some reports suggest that Andrew’s brother Tristan was released from custody. But, other reports stated that Tristan would also be in detention with his older brother. So fans will have to wait for official confirmation on the matter. However, Tate’s Twitter account is still very much active. Perhaps his social media team is still keeping his account active.

What are your thoughts on comments from Andrew Tate’s ex-girlfriend? Let us know in the comments down below.