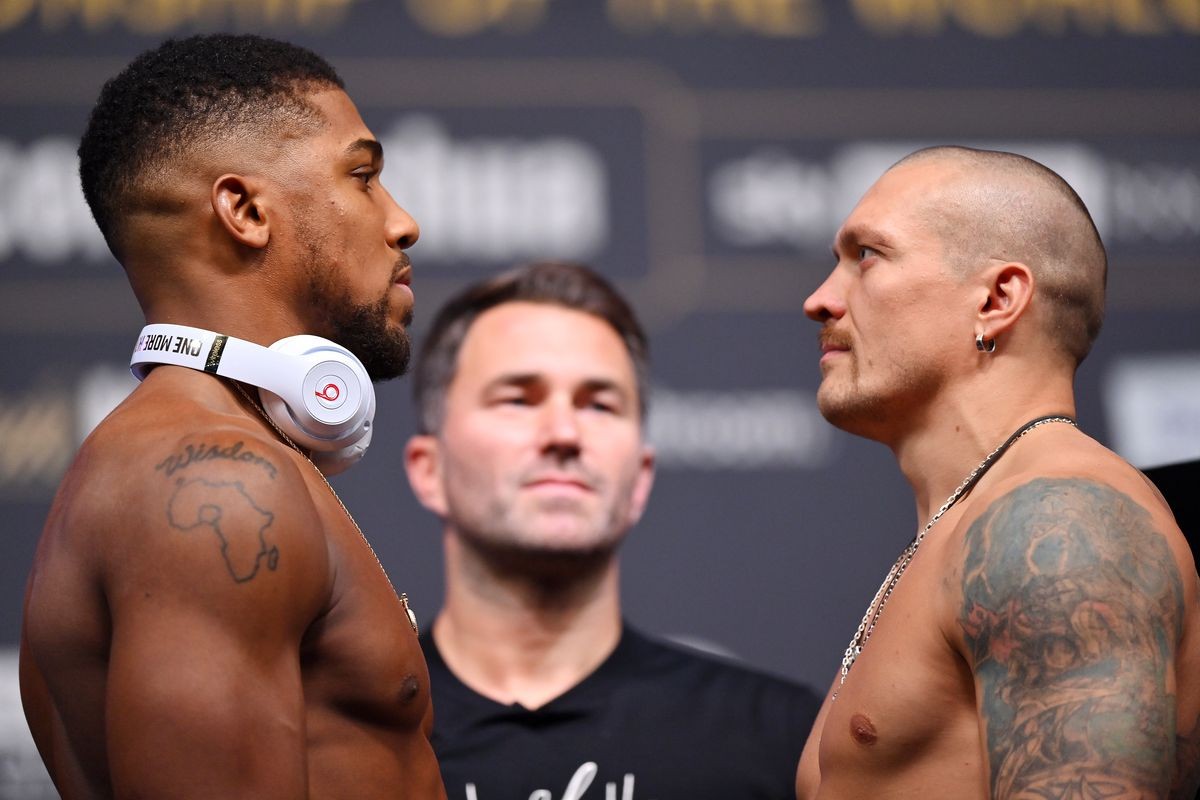 This is a crucial fight in the division considering the fact that Tyson Fury and Deontay Wilder will clash again in a much-anticipated trilogy.

The winner of this fight will most likely go on to fight the winner of Fury vs Wilder 3. While most of the fans believe it’s going to be Anthony Joshua his opponent Oleksander Usyk has the ability to spoil the party in England.

Anthony Joshua is one of the biggest stars in the boxing world at the moment with massive fan appeal. He has had some huge fights in his career so far where he has sold out arenas with ease.

And not much has changed in 2021 as it is estimated that Anthony Joshua vs Oleksander Usyk will sell more than 1.2 million PPVs. Joshua’s manager, Eddie Hearn made the claim during the undercard of Joshua vs Usyk.

Though Joshua has been in some of the biggest matchups in recent times, the best is yet to come. If he can surpass Usyk tonight then a fight against Tyson Fury or Deontay Wilder has the potential to break the previous PPV records by the British heavyweight champion.

Joshua will defend his title against the up-and-coming contender in the heavyweight division in Oleksander Usyk. The fight takes place at Tottenham Hotspur Stadium in front of 67,000 fans.

For this heavyweight clash, Joshua is guaranteed to earn $13.7 million while Usyk is going to earn a fight purse of $4.1 million.

The PPV sale for this fight is expected to surpass 1.2 million. So we can expect Joshua to take a hefty share for the PPV sales.

As per reports, His fight against Alexander Povetkin crossed 1.24 million back in 2018 where Joshua secured a 7th round TKO win.

Anthony Joshua fought Charles Martin in 2016 in front of a sold-out O2 Arena. Joshua won the IBF heavyweight title in front of his home crowd and sold a massive 1.37 million PPVs.

In his third biggest fight, Joshua fought Andy Ruiz in a much-anticipated rematch in Saudi. The British champion avenged his loss to Andy Ruiz Jr with a masterclass performance and regained his heavyweight titles. Joshua vs Ruiz 2 sold over 1.57 million PPVs.

In arguably the most crucial fight of his career, Anthony Joshua fought heavyweight legend, Wladimir Klitschko back in 2017. The British heavyweight made history by beating Klitschko in front of 80,000 fans at Wembley Arena. This fight sold over 1.5 million PPVs worldwide.

Anthony Joshua fought Joseph Parker in 2018 and beat him to win the WBO heavyweight title. The fight marked another milestone in Joshua’s illustrious career as he sold 1.96 million PPVs.

Who is Nicole Osbourne? – Ex-Girlfriend of Anthony Joshua