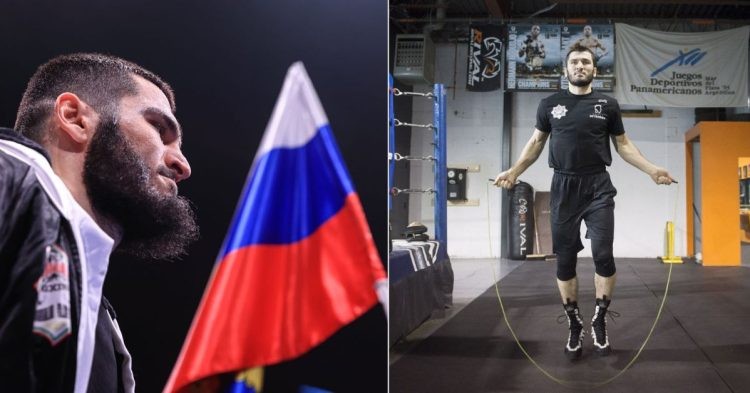 Arguably one of the most feared fighters in the history of boxing, Artur Beterbiev has slowly cemented his position as an all-time great. He is known for his devastating knockout power and boasts a 100% T/KO-win ratio in his professional boxing career. Beterbiev currently reigns as the unified light-heavyweight champion of the world.

After the sudden demise of his father, Beterbiev decided to move to Moscow at the behest of his mother who wanted her son to take his mind away from his father’s death and use the training boxing training opportunity to distract his mind. After a successful amateur career, the Russian fighter would move to Montreal in Canada to pursue his professional boxing journey.

Needless to say, with increasing popularity in the boxing circuit, fans have become particularly interested in Beterbiev’s personal life. So without wasting any time, let’s dive deeper into Artur Beterbiev’s nationality and take a closer look at his amateur career.

Artur Beterbiev was born in Dagestan in Russia but is of Chechen descent. He dominated the amateur circuit during his early years in boxing, representing Russia in World Championships and the 2012 London Olympics.

It was in the year 2022, that Artur Beterbiev got Canadian citizenship. He is now recognized as a Russian-Canadian professional boxer, currently settled in Montreal, Canada. He follows the Islamic faith and is quite religious.

Beterbiev had a successful amateur career, however, he failed to win the Olympic medal. He won the silver medal in the 2007 World Championship and a gold in 2009, in the light-heavyweight division. As for his Olympic career, he competed in the heavyweight division, losing to Oleksandr Usyk in the quarter-finals of the London Olympics.

It’s interesting to note that he has an unlikely rivalry with current unified heavyweight champion Oleksandr Usyk. While he remains undefeated in his professional boxing career, Beterbiev has succumbed to two losses against Usyk. Besides the setback in the Olympics, the Russian-Canadian boxer also lost to Usyk in the 2011 World Championship in the quarter-finals. Usyk would eventually win the tournament.