Can Kamaru Usman Beat Canelo Alvarez in a Boxing Bout? 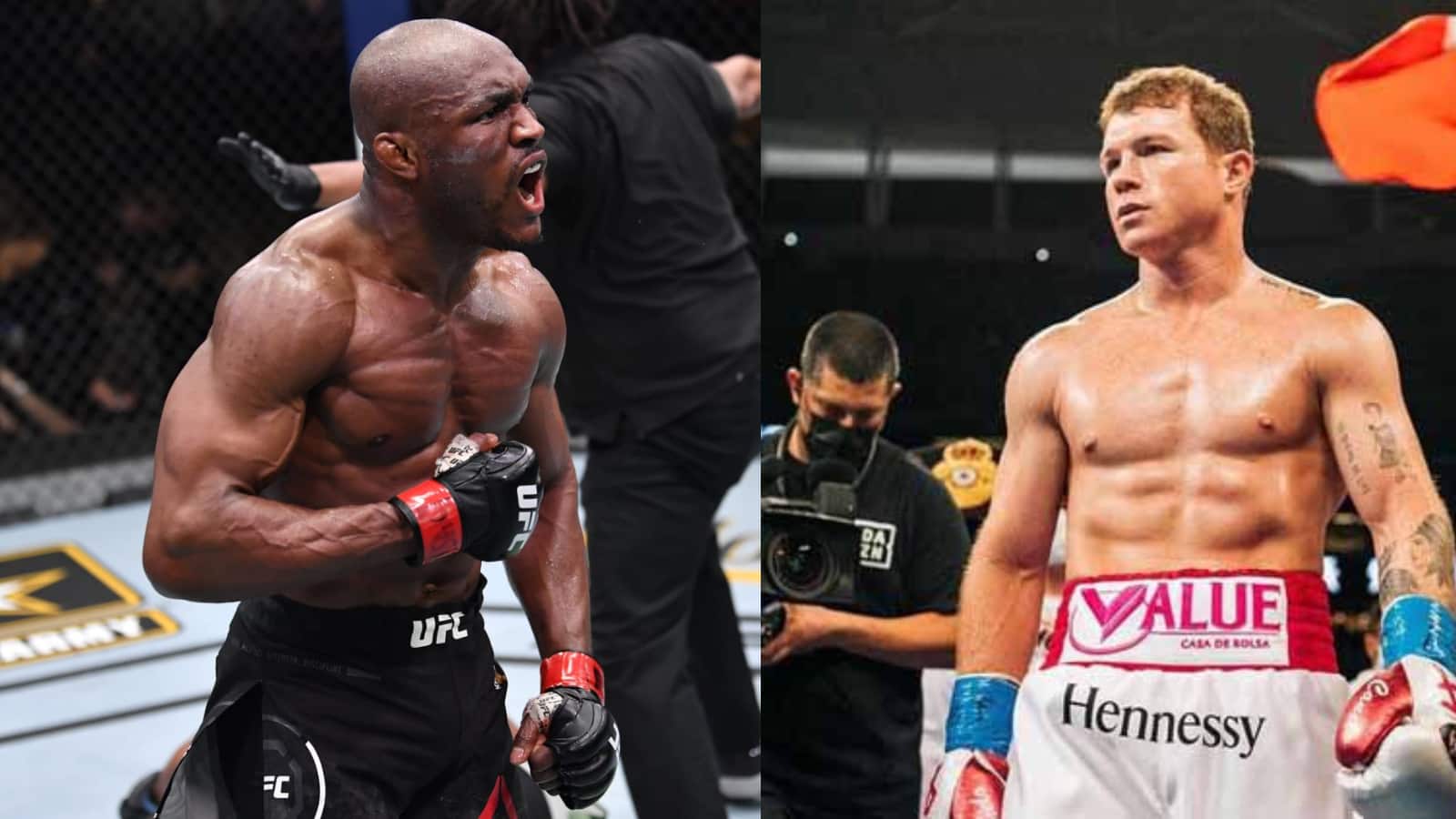 Fight fans are in for a treat because they will witness two big events this weekend. Kamaru Usman will step inside the octagon to defend his welterweight title against Colby Covington in a rematch at UFC 268. Meanwhile, Saul Alvarez will face IBF champion Caleb Plant in a middleweight title unification bout at the MGM Grand Arena.

Ahead of this main event clash, the Nigerian Nightmare expressed in one of the interviews that he desires to face Canelo Alvarez in a boxing match in the future. Currently, both the fighters are at the peak of their fighting career and are number one pound for pound fighters in their respective sport.

As a result, the UFC welterweight champion wishes to face Alvarez because this fight would unarguably be one of the biggest fights of all time. But the biggest question that would arise in every fight fan’s mind is whether Kamaru Usman can defeat Canelo Alvarez in a boxing ring?

Kamaru Usman is one of the best wrestlers in Mixed Martial Arts. The Nigerian Nightmare’s exceptional takedown skills have helped him dominate the division and win the UFC welterweight title. At the beginning of his career, Usman used to control the fight on the ground against his opponents and win matches via decision. 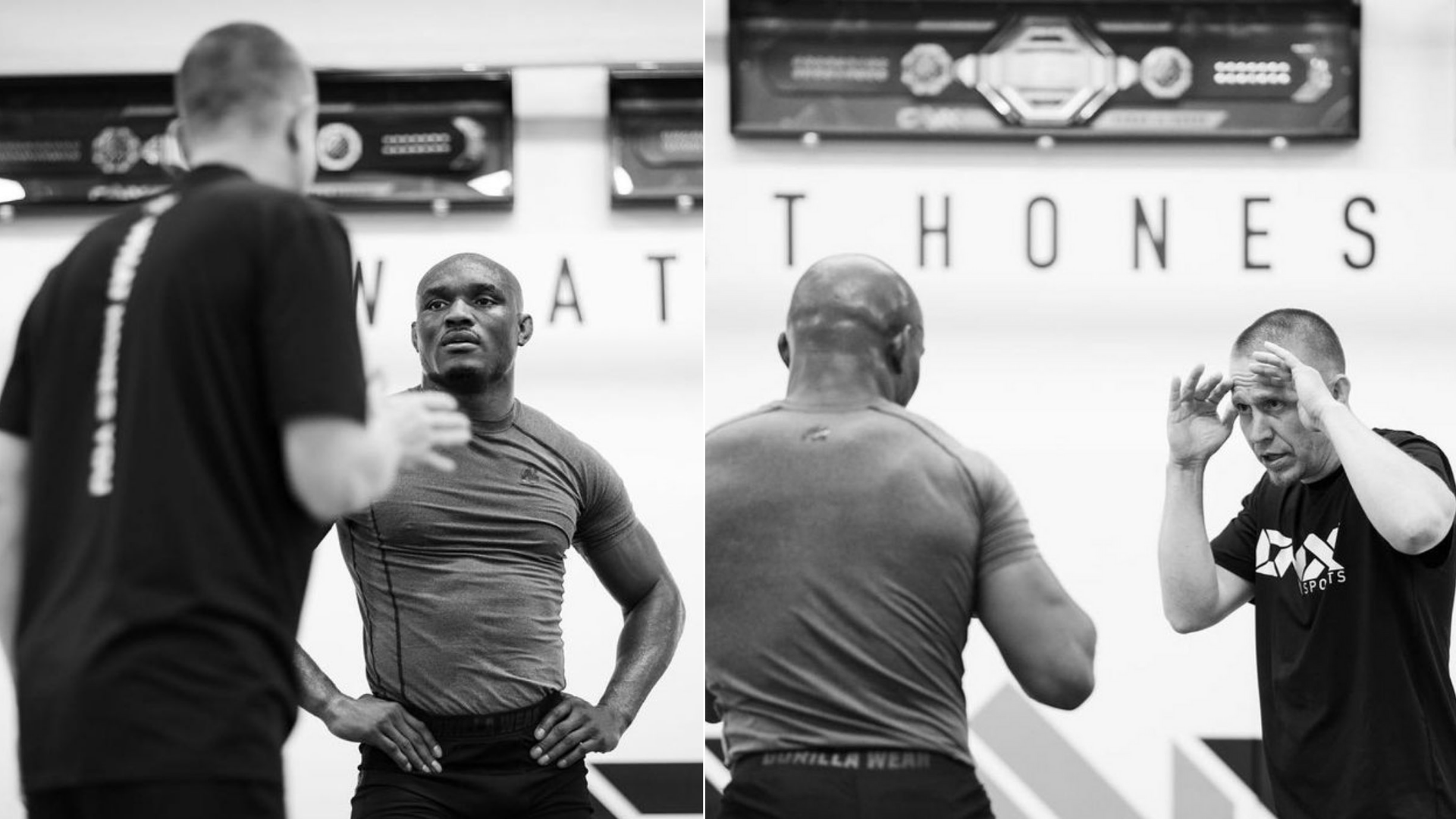 However, his improved striking in recent years under the guidance of Trevor Whittman has elevated his overall game. If you take into account, Usman has won three out of his last four fights by knockout. This stat alone shows how the UFC welterweight champion has improved leaps and bounds in terms of striking.

The Nigerian Nightmare changed his training camp and joined hands with Trevor Wittman last year before UFC 251. Wittman who is one of the best coaches in the world has helped Usman turn into a deadly striker. Moreover, training alongside lethal strikers like Justin Gaethje and Rose Namajunas is also one of the facts why Kamaru’s striking has evolved.

During his fight against Gilbert Burns, Usman used the jab to perfection as he kept some distance between his opponent and landed some good shots. In the second round, he dropped Burns with one of his jabs which helped him win the fight via TKO. Besides, the Nigerian fighter’s ability to switch stances from Switch to Southpaw makes it extremely hard for opponents to read him.

In addition to that, he has a fatal right hand which can put any fighter to sleep. Owing to this fact, that Kamaru Usman is the only fighter to knockout Jorge Masvidal.

Canelo Álvarez will undoubtedly be a strong favourite against Kamaru Usman in a boxing match. Because the Mexican boxer is one of the best to have ever graced the sport. Thus Kamaru would have a herculean task against him inside the ring. However, with that being said, it is not impossible to defeat Canelo in a boxing match. 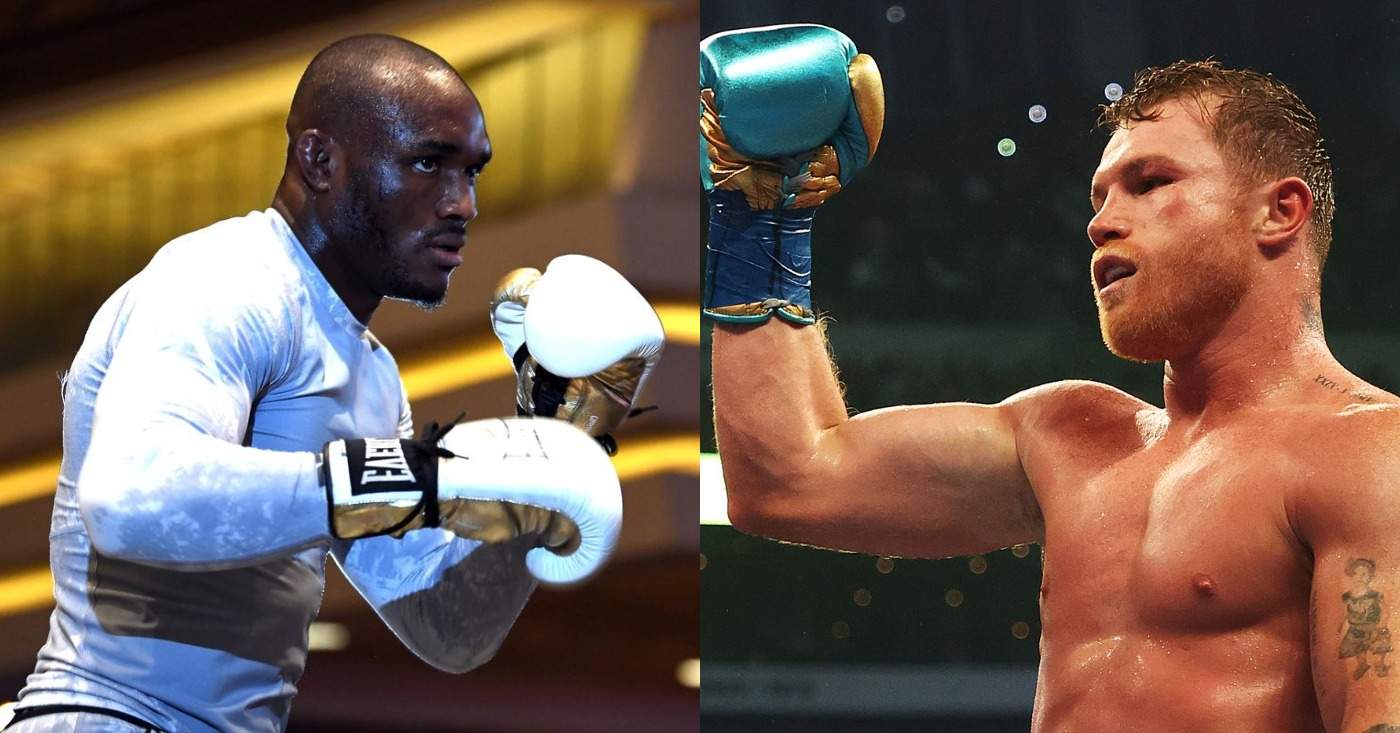 Because Saul has lost once against Floyd Mayweather Jr and drew a bout against Golovkin. Additionally, the Nigerian Nightmare’s superior height and reach advantage helps him gain an edge over Alvarez. But Kamaru still needs to make big adjustments in order to stand a chance against Canelo.

Owing to the fact that Canelo is one of the quickest boxers in the world and is highly creative. Moreover, his ability to land body shots at will is something Usman is not used to in the UFC. These are the few things that Kamaru has to adapt against the Mexican boxer. There are several other things that the UFC welterweight champion has to be very while fighting Canelo Alvarez.

In the end, Usman’s best chance to win against Saul would be to knock him out. Because outboxing Canelo throughout the 12 rounds would be next to impossible for the Nigerian fighter. So comment below if you think Usman has a chance against Canelo in a boxing match.