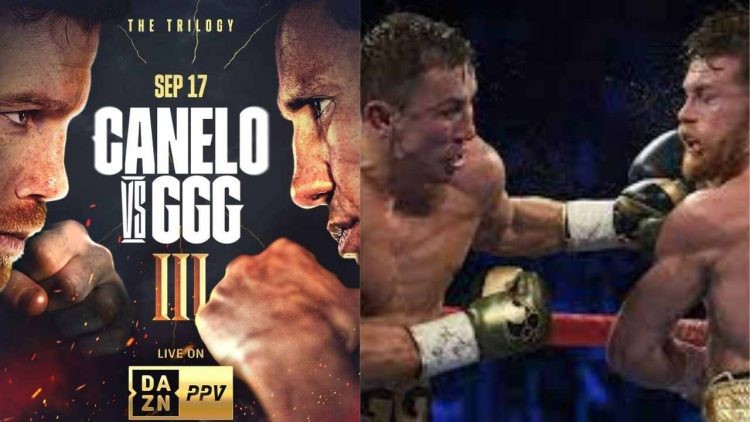 The two fighters are well acquainted, having fought each other twice in the last five years.  Whilst the first bout ended in a controversial split decision draw, the second was a majority decision win for Canelo. Both of the fights were frighteningly close, with rounds determined through fine margins for either side.

With a fight of this stature comes a big prize at stake: Alvarez’s WBA, WBC, IBF, WBO, and The Ring Super Middleweight titles. Moreover, Canelo is also faced with the possibility of two consecutive defeats for the first time in his career. For GGG, the fight could be his last, with the Kazakh boxer turning 41 next year.

Canelo Set To Make A Guaranteed $45 Million From Trilogy Fight

Alvarez, due to his influence and marketability will be getting the bigger slice of the cake. According to reports, the Mexican boxer will receive $10 million as base pay and up to $55 million in PPV bonus with a  guarantee of at least $45 million.

On the other hand, ‘GGG’ will receive $8 million as base pay and up to $35 million in PPV bonus with a guarantee of at least $20 million. Previously, Alvarez and Golovkin pocketed around $40 million and $30 million for the second fight.

Canelo Alvarez vs Gennadiy Golovkin 3: Everything You Need To Know

Without a doubt, Canelo vs GGG 3 is one of the most anticipated boxing events of the year. Understandably, fans are very excited to see how the matchup pans out and who will come out on top. With the fight just days away, let’s take a look at all the details for the fight.