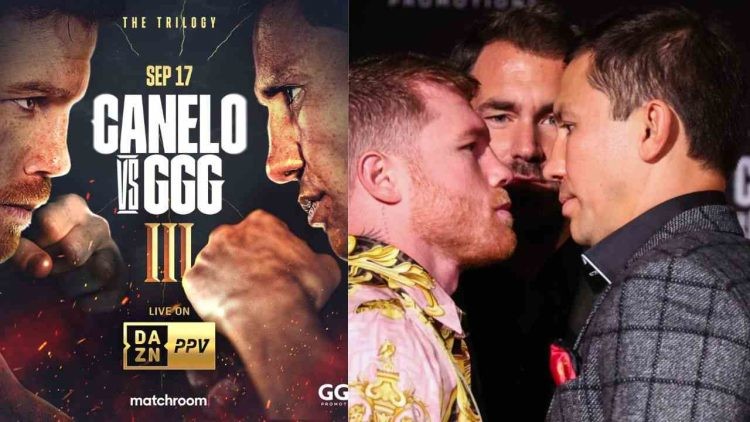 Canelo Alvarez vs Gennadiy Golovkin 3 goes down this weekend.

Canelo Alvarez vs Gennadiy Golovkin 3 goes down this weekend. Just like any boxing or combat sports enthusiast, you too must be burning with the question: How and where do I watch it? Don’t worry cause we’ve got you covered.

Canelo Alvarez (57-2-2, 39 KOs) and Gennadiy Golovkin (42-1-1, 37 KOs) are the two best middleweights ever in boxing. Thus, the two legends will run it back for the third time for Alvarez’s WBA, WBC, IBF, WBO, and The Ring Super Middleweight titles.

How To Watch Canelo vs GGG 3

In order to watch Canelo vs GGG 3 live on 17 September 2022 at the T-Mobile Arena in Las Vegas, Nevada you’ll need to buy your tickets. To save the hassle of buying tickets last minute, you can book your tickets at T-MobileArena.com. Ticket prices start at $305.

For viewers watching around the world, you can buy the Canelo vs GGG 3 on DAZN PPV or get it when you subscribe to DAZN.

FIRST FACE OFF OF FIGHT WEEK 🍿

In the US, the fight will be available on DAZN pay-per-view for a price of $64.99 for current DAZN subscribers, and $84.98 for new subscribers, which will also include a month of DAZN in the purchase.

Similarly, you can also order the fight through traditional cable and satellite options, and if you’re looking for a different streaming option, PPV.com will have the fight for $84.99.

The fight will also be available on DAZN pay-per-view in these countries. Here’s a list of prices by country:

In Mexico, TV Azteca will have the fight.