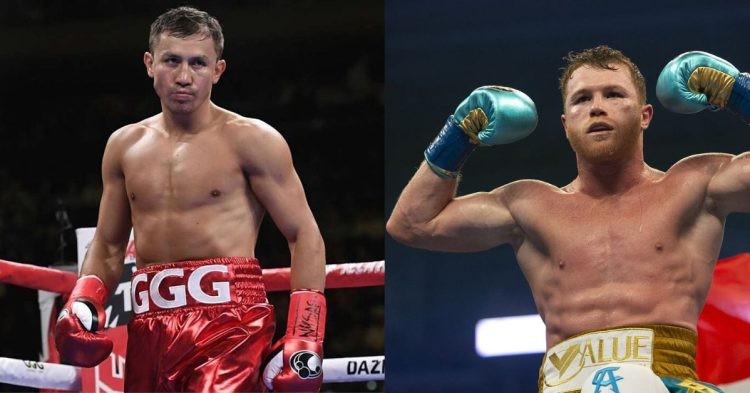 The much-anticipated trilogy between Saul “Canelo” Alvarez and Gennady “GGG” Golovkin will finally play out for a 12-round undisputed super middleweight championship. Going into the fight, Canelo is the heavy favorite against GGG.

Alvarez vs. GGG 3 will be the third and presumably final fight between two of the best fighters of modern-day boxing. Canelo holds the only official win in the impending trilogy and Golovkin is moving up a weight class for the first time in his career.

Alvarez is currently in his prime and despite losing to Dmitry Bivol last May; he is still a legitimate threat to his opponents in multiple divisions.

In their first bout, Canelo had a different strategy which was to muscle out Golovkin, but he was gassed after four rounds. The rematch saw a much improved Alvarez where he used he used excellent head movements, pinpoint counters, and combinations, to earn a close decision win.

Alvarez has been much active in the ring and the recent bouts only saw him jumping divisions and tearing through them. Canelo has outstanding durability, a huge gas tank, and is technically perfect. Meanwhile, Golvokin is now in his 40s and is noticeably slowing down.

Golovkin in his last fight with Canelo showed that his pressure-fight style can help him keep up with his opponent, but now it seems that he’s not likely to outpoint or stop him. GGG has an iron chin and excellent conditioning, but as he’s moving up in weight for the first time in his career, it is yet to determine if he can win this fight against Alvarez.

It seems this fight will see a different outcome compared to previous bouts and as we get to see an absolute war, this time there might not be a controversial result.

Whose Hands Will Be Raised?

Canelo needs to rely on his defensive head movement and body punches rather than headhunting. Golovkin’s jab-heavy offense with a counter right hand might be a problem for the Mexican. But Alvarez is known for his footwork and upper-body movement.

Golovkin is in his advanced age but still a threat to his opponents. However, Canelo is in his best shape and has improved a lot since their last outing. To win this fight, GGG needs to find a way to counter Alvarez’s head movement but he also has to limit too much explosiveness in case this fight heads to the later rounds.

Despite the Bivol loss, Alvarez has become a better fighter by developing his skill set to compete at a higher weight, whereas Golovkin hasn’t been much activity and hence has nothing new to the fight.

I think Alvarez is going to win this fight early or maybe in the later rounds by stoppage and finally close the chapter of their story.