The former UFC welterweight champion, Tyron Woodley makes his pro boxing debut on August 29th against The Problem Child, Jake Paul. It is one of the most anticipated fights of the year in the world of combat sports and the build-up to this fight has been nothing less of a spectacle.

There are a lot of narratives going into this MMA vs Boxing fight. Many fans believe that Tyron Woodley is going to take a dive against Jake Paul for a big payday. However, there are also a lot of fans who do not agree with that nation.

“We’re going to Cleaveland for a boxing match this Sunday, which is appropriate because Tyron Woodley and Sanke Paul are trash. And Cleaveland is a dump. Woodley is just showing up for the paycheck. But there are many more ways to get paid on Sunday night and getting embarrassed by Jake Paul.”

Now it’s very unlikely that Tyron Woodley is going to take a dive in his next fight against Jake Paul. Tyron Woodley seems focused ahead of his boxing debut and he will be aiming to make a statement on August 29th by stopping the Jake Paul hype train.

However, it’s not going to be an easy task for The Chosen One. Jake Paul has the advantage in height, weight, and reach. He has also looked impressive with his boxing skills and he has legit knock-out power that can put Woodley in deep trouble. 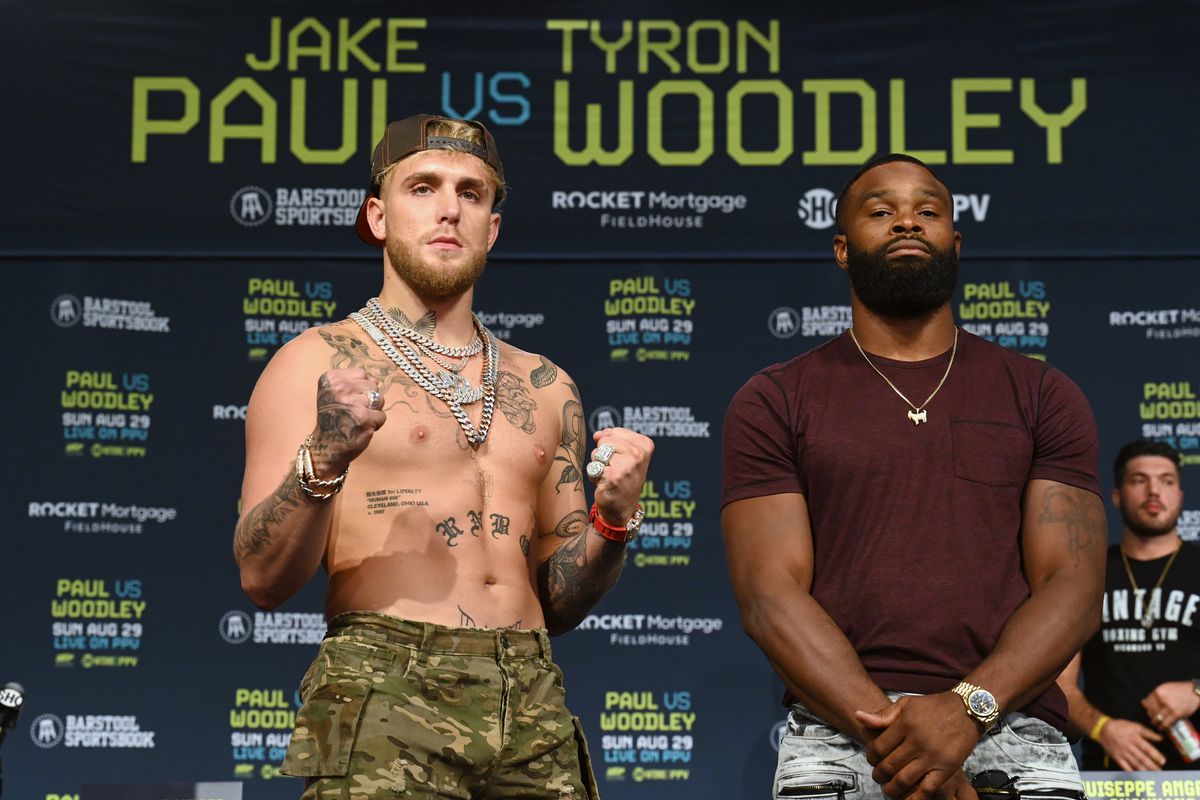 But, Woodley also has the great equalizer in his right hands. If he lands the overhand right then he will hurt Jake Paul in the fight. But, whether that is going to be enough only time can tell.

It will be interesting to see how Jake Paul reacts when he faces adversities inside the boxing ring. If the fight goes to the later rounds, Woodley’s experience might come in to play and the questions surrounding Jake Paul’s cardio will also be answered. However, as of now, Jake Paul is still the favorite to win the fight against Tyron Woodley.