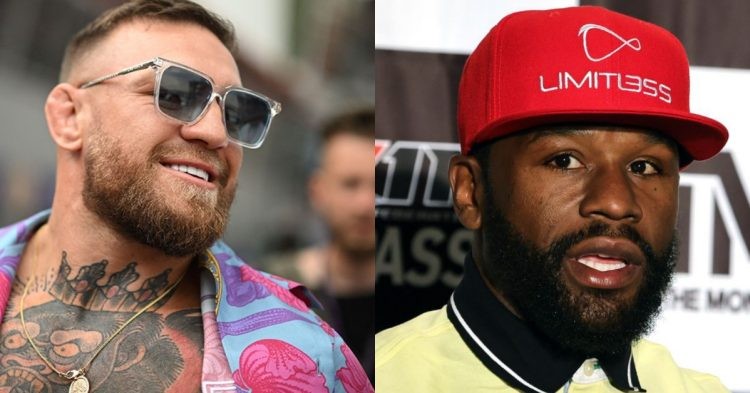 One of the greatest boxers of all time, Floyd Mayweather, confirmed that he is currently in negotiations for a rematch against Conor McGregor. However, it is unknown whether the potential fight is an exhibition or an actual one. But now it seems like the fight will not happen at all!

After Floyd’s revelation, Conor took to Instagram to react to the news. He has been a big advocate for the rematch to take place. However, his reaction to the latest news is somewhat shocking. McGregor posted a photo from their previous encounter and stated that he was just “not interested” in running the fight back. It definitely goes against his past wish to face Floyd once more in the ring.

Conor McGregor is passing on a rematch with Floyd Mayweather 🥊 (via @TheNotoriousMMA) pic.twitter.com/MVy3lJdKht

Their previous fight took place on August 26th, 2017 inside the T-Mobile Arena. The magnitude of the fight was unlike anything which took place before. One of the best MMA fighters, taking on perhaps the greatest boxer, is something that the fans did not see before. Hence the fight did massive numbers. It became the 2nd highest selling PPV with 4.2 million buys.

It also handed Conor his highest pay cheque ever! While Mayweather earned $300 million, Conor earned $100 million as per TalkSport. So the rematch seems like a no-brainer. However, Conor’s denial to accept the rematch is very interesting. So it remains to be seen how the whole situation unravels.

However, it also has to be noted that Conor McGregor is not exactly hurting for money. He has a clothing line called ‘August McGregor’ which is a luxury brand.

He has also opened up a pub called ‘The Black Forge Inn.’ On top of that, his whiskey brand ‘Proper 12’ has earned him a whopping amount of $600 million as per CBS. So declining a $100 rematch against Floyd Mayweather probably does not affect his bottom line by much.

Conor McGregor is expected to return in early 2023

Fans have been wondering when Conor McGregor will finally stop teasing his return and fight inside the Octagon. However, there is some good news for Conor’s fans. Recently, his manager came out and provided an update which is very exciting indeed. He stated that The Notorious One is recovering nicely and is set to fight in early 2023.

The former UFC double champ had a bad leg injury in 2021. In the much-anticipated trilogy against Dustin Poirier, Conor snapped his ankle. Hence the injury ruled him out of active competition for a significant period of time. However, his coach revealed that Conor is training full-time and looks to be in immaculate shape for his comeback to the UFC.