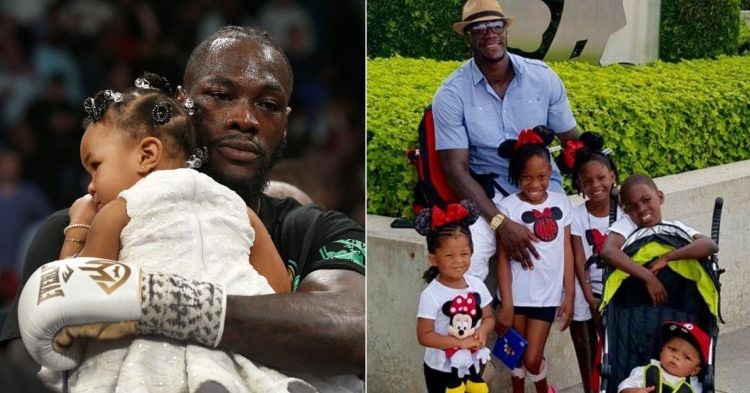 Deontay Wilder was years away from the superstardom that he enjoys today. One of the most fiercest punchers in the history of boxing, Wilder is a force to be reckoned with whenever he steps inside the boxing ring.

But even the mightiest have days of weakness, and to be able to rise through hardships is what defines success. Wilder has achieved it all, through thick and thin, he has managed to triumph over his demons and emerge as the champion that he is today.

Wilder’s childhood was tough. He was just 19 years old when he realized he would be a father, and the weight of the daughter who was suffering from Spinda Bifida was too much to take for Wilder. The Bronze Bomber was yet to make a wave in the boxing world. At the time, he was flipping pancakes at a restaurant to provide for his family.

Naieya Wilder was born with Spina Bifida but she’s all grown up now and there’s nothing she can’t do. She’s truly a Wilder! #selfies4sb pic.twitter.com/1gZRpEsUuy

“You don’t think about what affect it would cause for your family, your daughter, your kids, and so forth and so on.” He further added, “In that state of mind, you just become selfish. You think of the inner pain and the outer pain that you’re feeling right at that very moment in time.” (In conversation with Yahoo Sports)

There was a time in Wilder’s life when he contemplated suicide. The Bronze Bomber didn’t pull the trigger that day, and the rest is history. With immense success, Wilder has financial freedom and enjoys a luxurious lifestyle with his family as one of the greatest boxers of all time.

Wilder was just 19 at the time and was attending junior college in Alabama. At such a young age, Wilder was presented with a huge challenge where the Doctor even gave him to option to terminate the baby. All these years later, Naieya Wilder leads a healthy lifestyle, and Wilder couldn’t have been more proud.

The Bronze Bomber would drop his football dreams, taking up odd jobs to make ends meet. This would also propel him into boxing, and the rest is history.