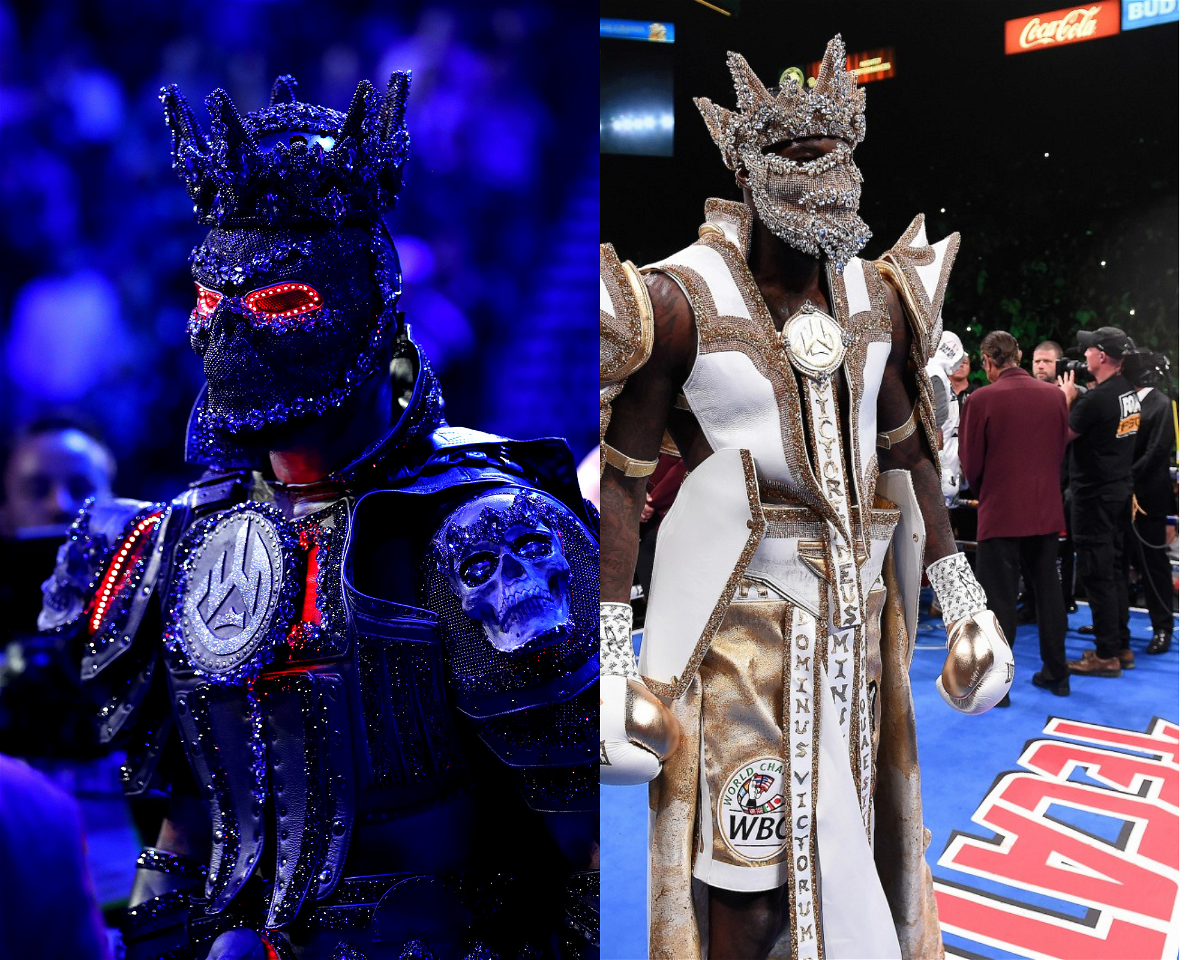 Deontay Wilder is one of the biggest names in the field of boxing. Owing to the fact that The Bronzebomber has a great record and an unbelievable knockout to win ratio in the heavyweight division and has held the WBC world heavyweight title for several years. Moreover, The American boxer is also well known for his absurd knockout power and his unique fashion style.

The former champion likes to make a statement every time he enters the ring. Considering the fact that his walkout outfits are as legendary as his knockouts. One thing is for sure that Wilder always grabs the attention of fight fans with his quirky outfits and never fails to amaze. As a result, let us take a look at some of the costumes that Deontay Wilder has walked out to in his pro boxing career.

Deontay Wilder wears a mask for most of his fights. Subsequently, he walked in for this super fight against Tyson Fury with a feathered robe and a crown along with his mask. The Bronzebomber chose this outfit because he wanted to assert his dominance as the king of the heavyweight division. 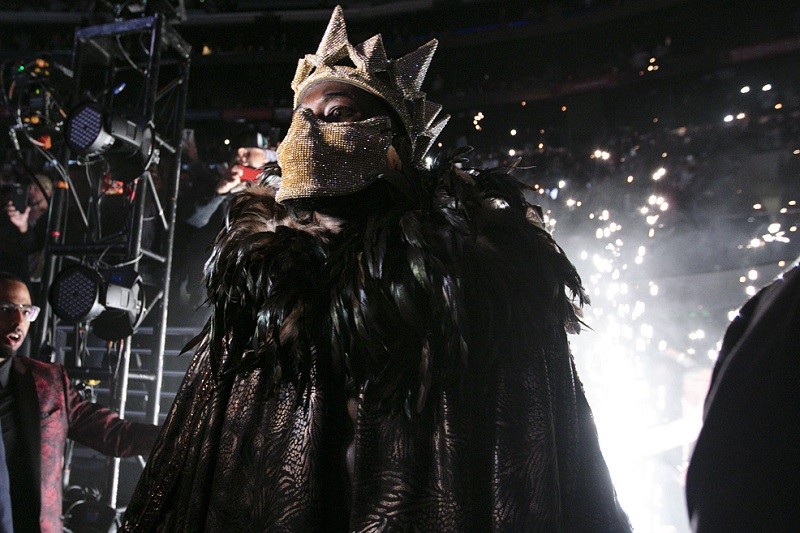 Several fans trolled him for his outfit as they deemed it bizarre and compared it to a raven. Speaking about the fight, Wilder and Fury engaged in a brutal contest filled with drama. After 12 rounds of intense action, the referees declared this contest as a draw.

Deontay Wilder made his entry for the rematch against Ortiz in stunning fashion as he walked in wearing a diamond-encrusted crown and a custom armament of Australian gold crystal and Italian creme leather. Wilder’s costume consisted of 90,000 gems and stones affixed to it. 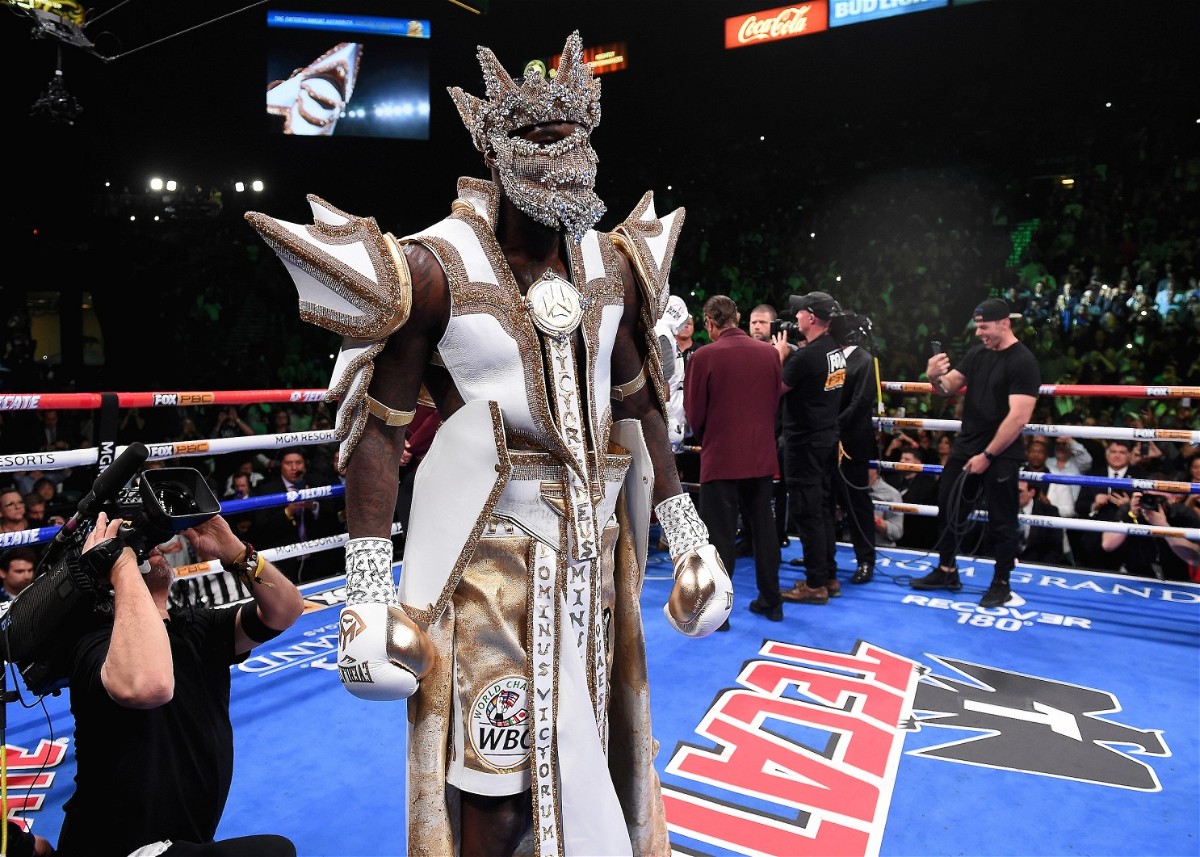 Consequently, The Bronzebomber delivered an extraordinary performance that matched with his walk in outfit. He knocked out the Cuban boxer in the seventh round to defend his belt for the ninth time in his career.

Deontay Wilder walked in for the much-anticipated rematch against Tyson Fury in a spectacular all-black costume. This ring walk costume was made by famous designers Cosmo and Donato. Moreover, the cost of this outfit was an astonishing $31k. This outfit consisted of a crown and had skulls on both sides of his arm and the weight of this extravagant costume was around 40 pounds. 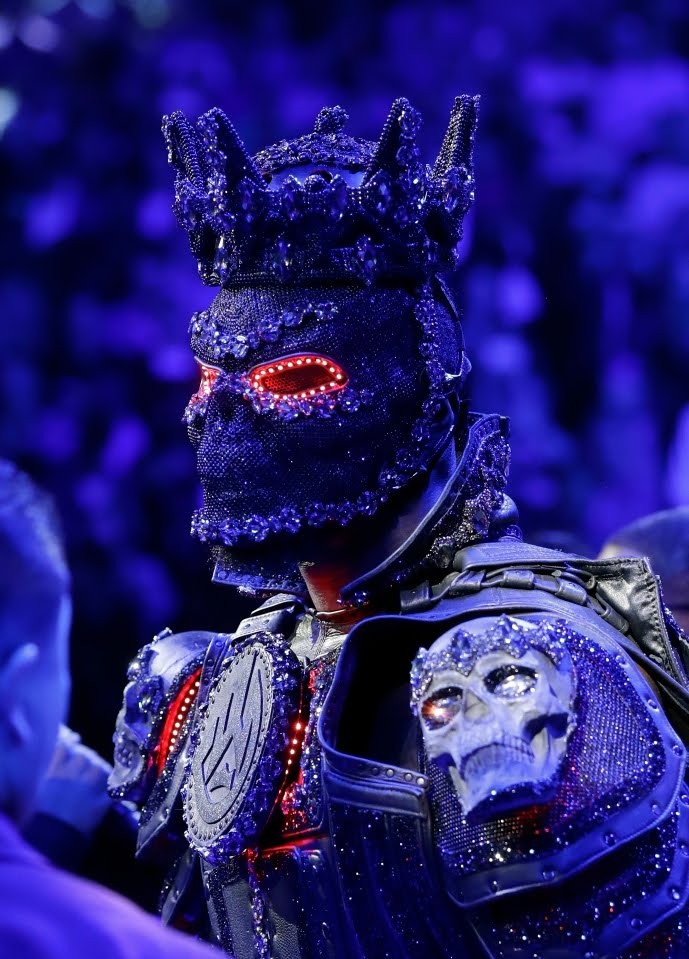 Wilder wore this all black costume as a tribute to Black history month. However, this backfired badly considering the fact that Deontay blasted his costume as being ‘too heavy’ after suffering his first pro boxing defeat against Tyson Fury.

Despite losing the rematch against Fury due to his heavy walkout costume, the Bronzebomber has confirmed that he will wear another extravagant outfit for his upcoming trilogy fight against Tyson Fury.