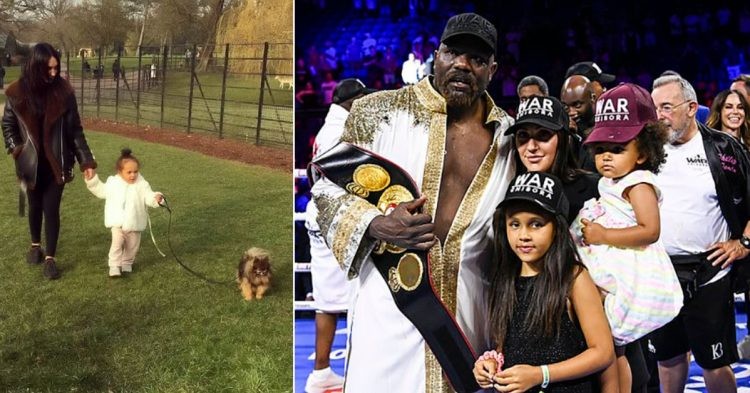 Derek Chisora has established himself as arguably one of the greatest heavyweight boxers of all time. The British boxer has time and again proved his mettle inside the boxing ring and continues to be a massive name in the world of boxing.

Having fought the likes of Tyson Fury, Dillian Whyte, David Haye, and Vitali Klitschko, among others, Chisora is a seasoned veteran of the sport. While much is known about his boxing career, very little is known about his personal life.

Derek Chisora is quite a private person. A career spanning almost two decades, it was during Chisora vs Pulev in early 2022 that Chisora’s family came ringside for the first time in his boxing career.

According to the photos doing rounds on the internet, Derek and Emily have been dating since 2012, marking more than 10 years of their relationship. Chisora and Eringer have two daughters between them. The younger daughter is named Harare Chisora while the elder daughter is named Angelina Chisora.

Derek Chisora is a proud dad and his love for his daughter is pretty evident on social media. There’s not a day that goes by without Chisora sharing adorable moments with his wife on the photo-sharing platform Instagram.

Derek Chisora has truly earned the respect and admiration of boxing fans around the world. And despite a controversial past, has managed to change the perspective of fans through his good actions. Chisora was embroidered in controversy after allegedly assaulting his former girlfriend Yalda Kontratchy after he caught her cheating on him. The incident dates back to 2010.

A couple of years later, Chisora met Emily Eringer, and more than a decade since that incident, Chisora now has a happy family with two beautiful daughters.