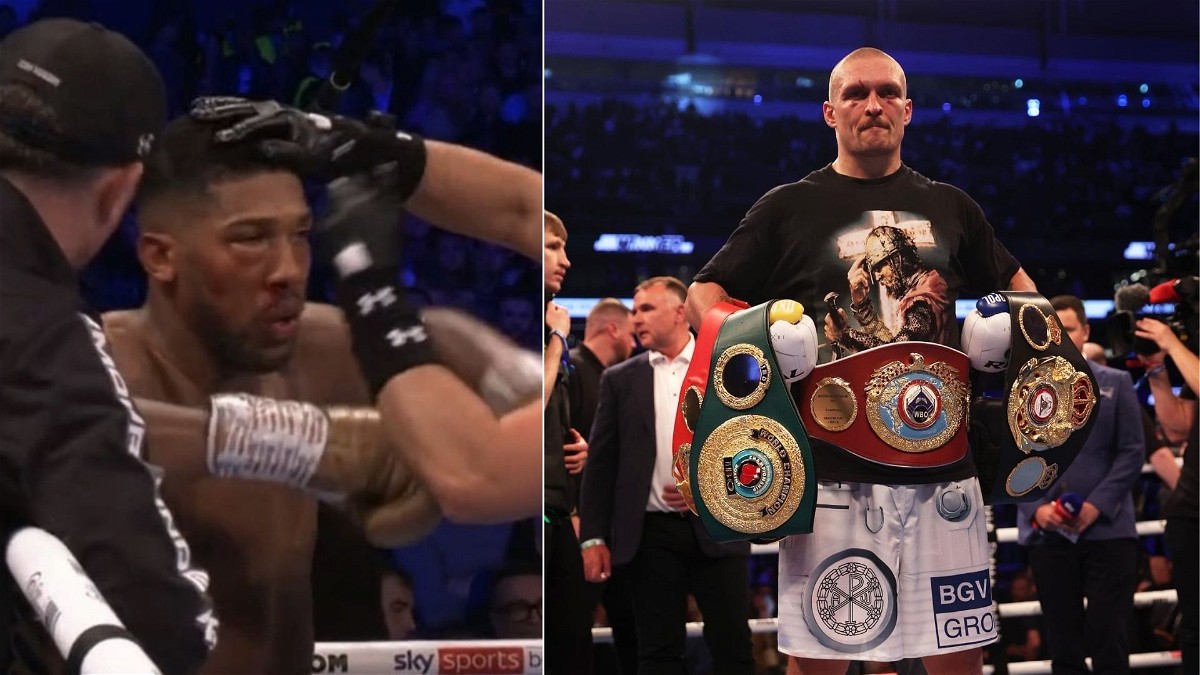 Going into the fight there was a huge threat for Anthony Joshua as Usyk is a highly skilled boxer. After dominating the cruiserweight division, which has some great boxers, Oleksander Usyk moved up to heavyweight and he has looked unstoppable so far.

But, Joshua’s size and power advantage were believed to be a huge factor in this matchup as many backed the British champion to beat Usyk ahead of the fight.

However, Oleksander Usyk put on one of the best performances of his boxing career to beat Anthony Joshua via unanimous decision in his yard.

Surprisingly, Oleksander Usyk won the early rounds despite the size and power disadvantages. Usyk’s footwork and combinations were just too much for Joshua as he struggled in the early rounds to get into the rhythm.

This defeat is a huge setback for Anthony Joshua, who was aiming for the fight with Tyson Fury with a win over Oleksander Usyk. Originally, Joshua was scheduled to fight the Gypsy King before Deontay Wilder came into the picture with his rematch clause.

And it seems the fans will have to wait even longer to see Joshua fight Fury as the former champion is eyeing for a rematch against Usyk. Though Joshua has not issued any official statement his manager Eddie Hearn strongly believes that Joshua would go straight into the rematch against the Ukrainian champion.

Following the fight, Eddie Hearn talked about the potential rematch between Joshua and Usyk. Hearn stated:

“The fighter in AJ is already talking about, ‘I’ll win the rematch.’ Usyk was the deserved winner. He’s got to make changes in the rematch. He will want to go straight back into that rematch.”

Though Joshua can exercise the rematch clause right away and try to avenge his loss many boxing pundits believe Joshua should not rematch Usyk next.

Usyk is arguably the most skilled boxer in the heavyweight division at the moment. And Anthony Joshua is still getting better. The loss to Usyk will only make Joshua a better fighter going forward and he might beat Usyk in the future after a few more fights.

However, if he rematches Usyk right away and loses the fight, which is a very likely outcome, then his star power will be diminished a lot.