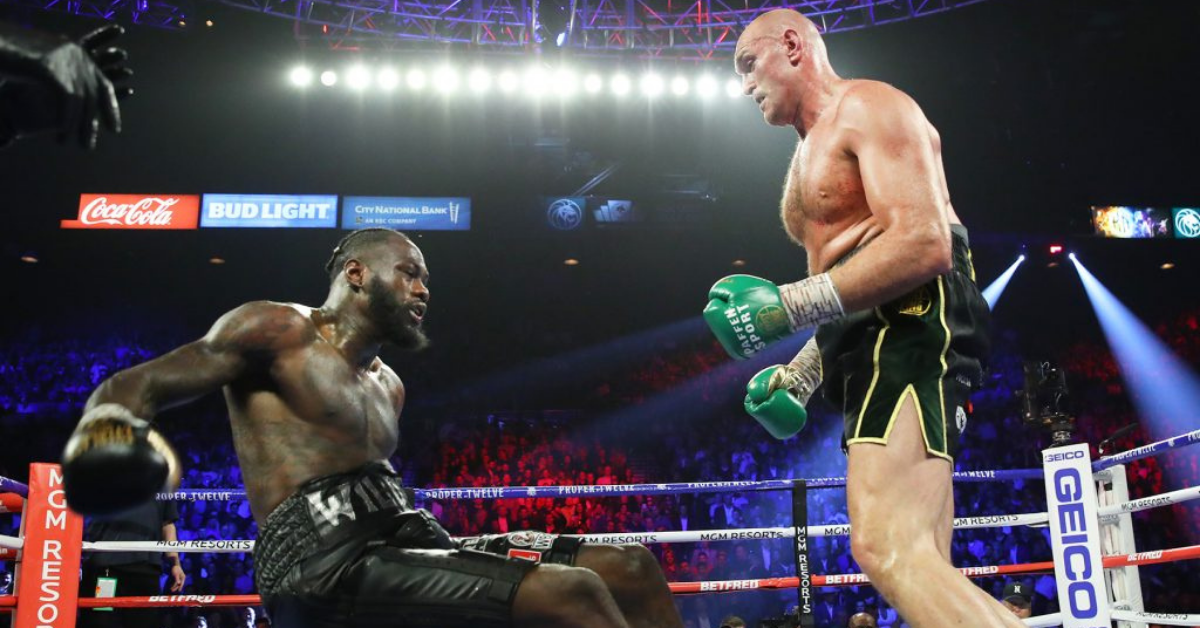 Tyson Fury snapped Deontay Wilder’s 43 fight undefeated record, when he picked up a TKO victory in the 7th round to win the WBC heavyweight title. In the process, Fury also got the lineal heavyweight , and The Ring championship belt strapped around his waist. After the first bout had settled to a draw, Fury and Wilder took on each other inside MGM Grand Garden Arena early this year in a highly anticipated bout. Fury dictated the pace of the game throughout the seven rounds, and looked sharp with his footwork, and precise in his striking. Fury also managed to avoid any significant damage from Wilder, and did not make the mistake of coming in on Wilder’s radar. The last time that had happened, Wilder had sent Fury to the canvas with a brutal right hand.

“I’ve watched that fight about 10 times, all the way through from start to finish, but I’ve watched the highlights quite a lot because I like to examine the work that I’ve done. I wanted to see how Wilder was conquered by different things and different scenarios,” Fury said, speaking to ESPN.

Tyson Fury looks back at his win over Deontay Wilder

Tyson Fury has already signed a two-fight contract with Anthony Joshua, and with Deontay Wilder adhering to the trilogy clause, it has found Fury in a very precarious situation. A lot can change with the outcome of Fury vs Wilder 3, and in any case, the winner will undoubtedly fight Anthony Joshua for the unification bout. However, after a very dominant performance by Fury, who was always a step ahead of Wilder through out the seven round, can Wilder make a turnaround, and execute those readjustments to take on a fairly sharper version of Tyson Fury than he met when they first fought inside the ring?’

“It was just every single part of it I was just too good for him. Every department. Whether it was long range, inside, hooking, punching, hitting the body — anything. I just outmatched him. This is the difference between a much fit Tyson Fury, who has kept busy, than a Tyson Fury who spent three years out of the ring.”

Deontay Wilder’s one punch knockout power can take any fighter down, as evident when Fury and WIlder squared off for the first time. Many things were similar, Fury was able to outbox Wilder but the former champion was able to knock Fury down twice. However, in the second bout, Wilder failed to connect. It’s long argued that Wilder relies a little too much on his knockout power. If that can change in the trilogy bout, and Wilder is able to connect while going next to neck with Fury in terms of boxing, there’s still a chance for Deontay Wilder to earn back all the clout that he lost after his loss to Tyson Fury.

“I Have Something to Prove”- Joel Embiid Warns NBA Teams