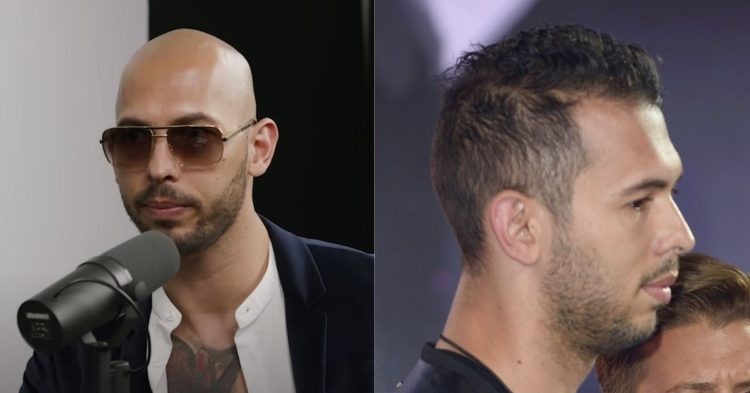 Andrew Tate mocked for not having a chin(Credit: Vox and Yahoo Money)

Andrew Tate, one of the most searched men of 2022 finds himself in a weird place in 2023. And, that is not a reference to his imprisonment. Tate, who has always been polarizing, is facing more hate and outrage than usual. The reasons behind this could be numerous. It could be the serious nature of the charges against him or his unprovoked feud with 19-year-old Greta Thunberg.

A certainty, however, is the fact that Andrew Tate currently has more critics than admirers. And his detractors have seemingly found a new target, or lack thereof, to make fun of the “Top G.” As a Twitter user so eloquently wrote, “how is andrew tate supposed to embody manhood when he doesn’t even have a chin.”

What skipping chin day does to a mfer

Such a tiny head pic.twitter.com/Doo5OaoQn8

I really think Andrew Tate is one of worst cases of someone over compensating for alack of jaw line, somehow him growing a beard just made it more obvious.

Andrew Tate’s underdeveloped chin seems to be the latest jibe being thrown his way. Tate has been trolled and mocked for everything. This even includes situations that he has not to do with. And, after Greta Thunberg hit him with possibly one of the best comebacks of all time, Top G finds himself at the mercy of the very internet trolls he despises. Sadly, for Tate fans, the trolling probably won’t stop anytime soon.

Should Andrew Tate be trolled for getting knocked out and not having a “chin”?

In his professional kickboxing career spanning over 85 fights, Tate was only finished 3 times. As an elite fighter with so many fights, that is certainly not a huge number. Fans trolled Tate by using a clip of him getting brutally KO’d by Franci Grajš. Nevertheless, that clip only goes to show that even the best fighters can have an off-day.

So the notion of Andrew Tate being easy to knock out is baseless. He is a multiple-time world champion and an elite kickboxer. And this theory could have been put to the test, had his much-teased fight against Jake Paul happened. However, Tate having a small chin is something that fans will go on about all day.