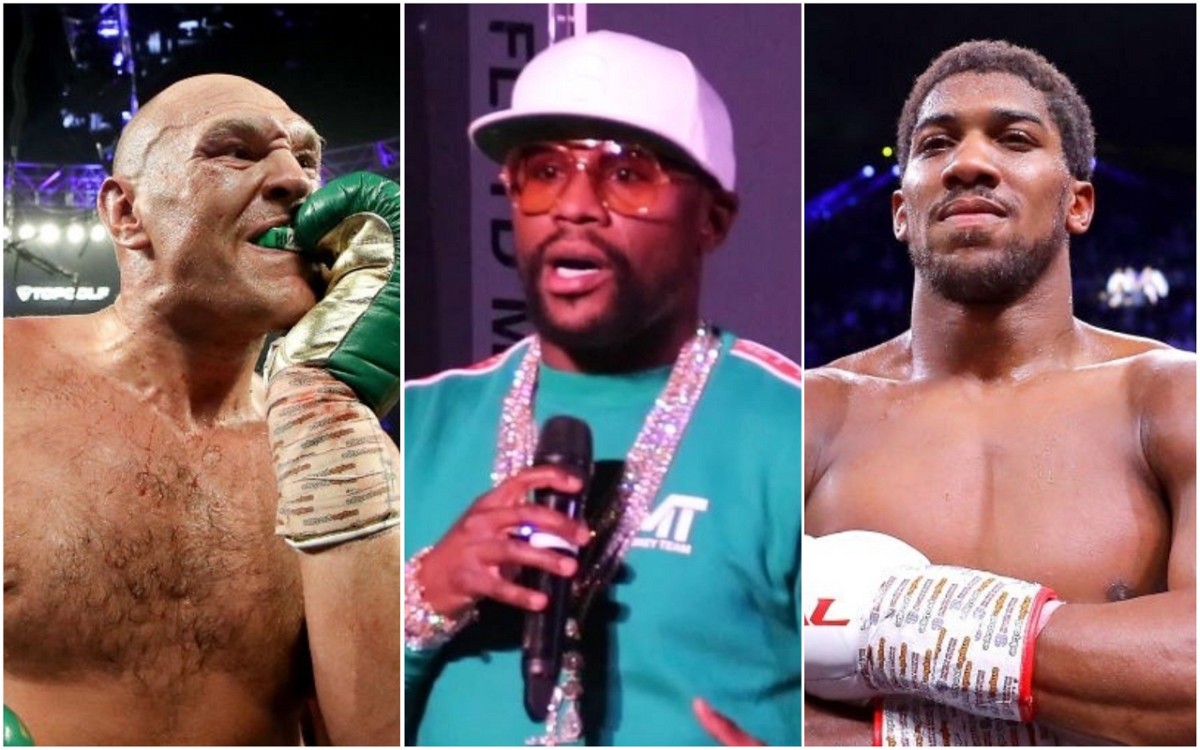 The former four-division champion Floyd Mayweather has extended his help to Anthony Joshua ahead of arguably the biggest fight in the history of modern boxing against Tyson Fury for the unified heavyweight championship.

While the negotiations are done and both the boxers have signed on the dotted line, the date and venue have yet to be finalized. Be that as it may, it’s almost certain that both the boxers will finally share the boxing ring in 2021.

“I look forward to working with Anthony Joshua real soon, we communicate all the time, we talk all the time,” Mayweather said in an interview given to The Disruptive Entrepreneur.

“I’ve met Tyson Fury on a few occasions, a great guy, very interesting, after the fight I like to see him sing. I haven’t seen him fight a lot of times, I’ve seen him fight probably only twice. I’ve only seen Tyson Fury fight twice, against Deontay Wilder.”

Mayweather revealed that while he and Fury maintain good relations, he is regularly in touch with Anthony Joshua and would like to help his friend ahead of arguably the biggest fight of his career. Mayweather stated that Joshua’s loss against Andy Ruiz Jr. has made him stronger, and it will be interesting to see who gets his hand raised when everything is said and done.

Anthony Joshua vs Tyson Fury – Who gets the win?

Anthony Joshua was last seen against Bulgarian boxer Kubrat Pulev where he picked up a scintillating knockout win in the seventh round to defend his heavyweight gold. Meanwhile, Tyson Fury’s last bout came against Deontay Wilder where he became the first boxer to hand a loss to the then-undefeated American boxer.

Needless to say, and Mayweather agrees, both the boxers come with a lot of experience between them. It’s hard to predict who will get his hand raised, but it’s certain that should Mayweather join Joshua’s camp, it’s going to benefit the British fighter to a great extent.

Also Read: Mike Tyson Ready to Step Into the Ring With Anthony Joshua