Floyd Mayweather vs Logan Paul Full Match Card: Who Else Is Fighting on the Next Mayweather PPV? 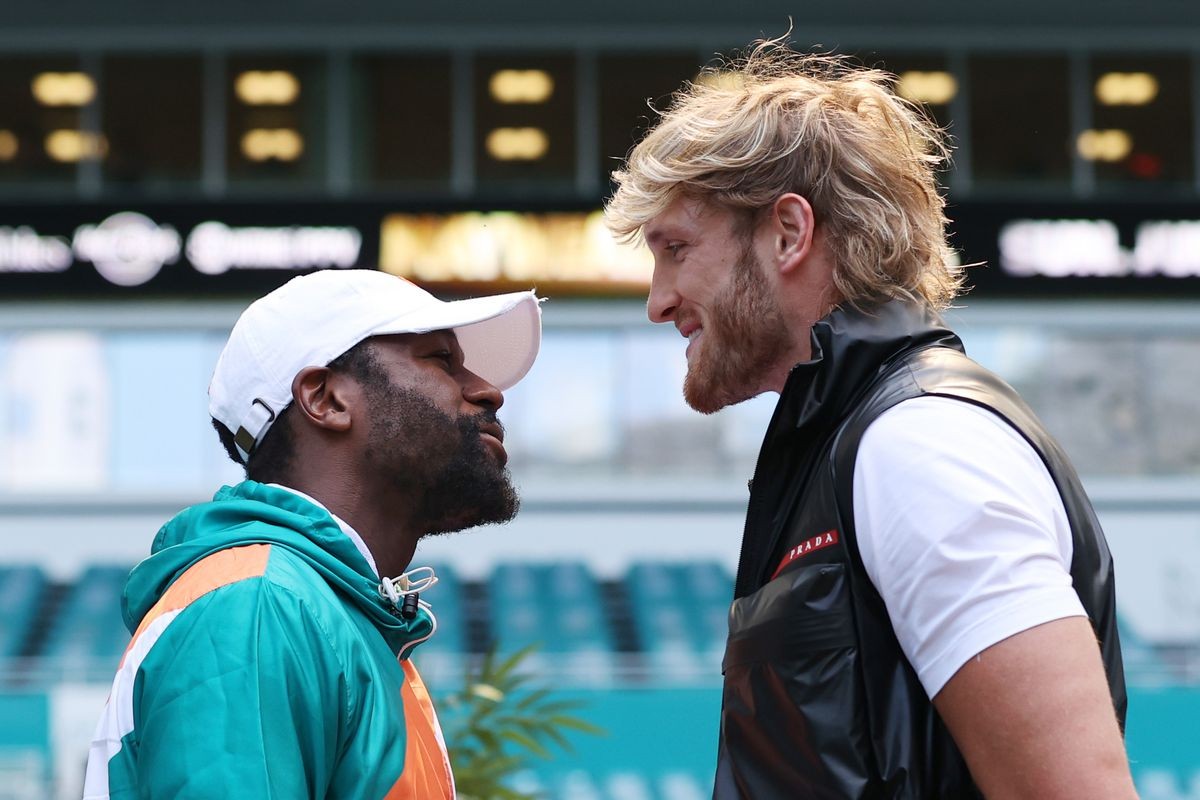 The upcoming boxing bout between The former 5 belts champion vs The maverick is all set to happen on June 6. The event is scheduled at Hard Rock Stadium Miami moreover the amazing fight card has been released amid the hyped clash between Logan Paul and Floyd Mayweather.

The undefeated 44-year old will return to the ring after defeating 20-year-old kickboxer Tenshin Nasukawa with a first-round knockout. In the last match that The Money competed in. It is to be reported that earlier in 2017 Mayweather won to The Notorious.

On the other hand, Logan is a massive celebrity on YouTube but has limited experience inside the ring. He has lost his only professional match that he fought against his fellow YouTuber KSI nevertheless, the elder Paul managed to draw an exhibition match that was held before their professional fight. Secondly, with the benefit of his height and reach it won’t be a surprise if Logan manages to win against Mayweather as Logan earlier has performed better in his exhibition match.

It is obvious that there will be a lot of eyeballs at the main event. Nonetheless, the whole Main card fights are worth every penny.

An additional significant name on the main card is former American football wide receiver, Chad Johnson. For instance, Ochocinco will make his boxing debut in an exhibition against BKFC and MMA veteran Brian Maxwell to kick off the main card. Chad was scheduled to fight The Executioner Jean-Pascal however, Pascal failed the drug test.

The PPV is scheduled to start at 8 p.m ET

The good news for Fight fans is that they can enjoy the prelims for free on YouTube at 5 p.m. ET

Floyd Mayweather vs Logan Paul: Start Time in 10 Different Countries and Where to Watch