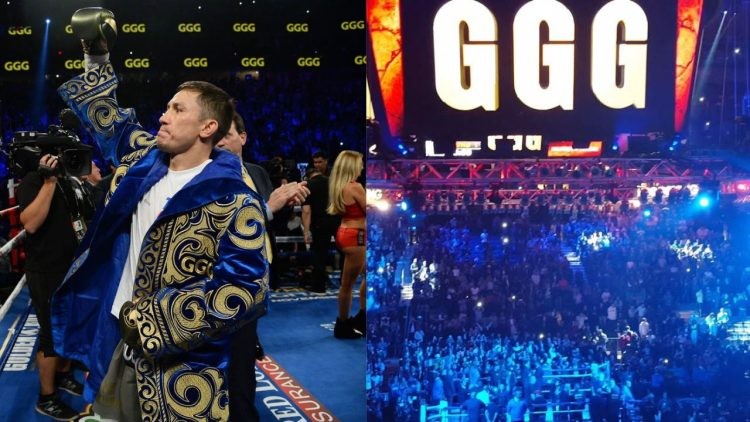 Gennadiy Golovkin faces off against Canelo Alvarez on the 17th of September 2022. As such, Gennadiy will be looking to cap off an incredible trilogy at the T-Mobile Arena in Las Vegas, Nevada. Ahead of the fight let’s have a look at Golovkin’s walkout songs which he used in his past few matches.

For “The Big Drama Show”, one song has become somewhat of a tradition. Golovkin has made his entrance to this tune for almost every fight and prefers to stick with it, almost like a ritual of sorts.

As such, we are going to be taking a look at some of his most electric entrances to this song.

In one of the biggest fights of his career, Golovkin walked out to this absolute belter. The song ‘Seven Nation Army’ has become such a signature stadium song, in part, due to the catchiness and legendary status of the song itself. The first seven notes are iconic, instantly recognizable by anyone, rock music fan or not.

Gennadiy took on Canelo Alvarez at the T-Mobile Arena in Las Vegas for the second time in 2018. The walkout to date remains one of his most memorable and iconic entrances.

Filled with passion and heart, the entirety of Madison Square Garden was on its feet. The entire crowd joined along in welcoming their hero to the ring and cheering him on. GGG would go on to win the fight via 8th round TKO after the referee deemed Lemieux unfit to continue.

For his bout against Dominic Wade in 2016, Gennadiy continued the longstanding tradition of the song. On this occasion, the Kazakh boxer fought at The Forum in Inglewood, California.

On the night, Golovkin comfortably finished the fight within 2 rounds before claiming the victory by knockout.

For his return and title fight against Ryōta Murata, stuck with his signature entrance song. The fight was Gennadiy’s latest as he dusted off the cobwebs after a 15-month break from the sport.

Gennadiy Golovkin takes on Canelo in a trilogy bout next and there is no doubt that he will pull out yet another stunning entrance for this fight.

What are your favorite walkouts of Gennadiy Golovkin from his boxing career?