After winning the lightweight title unification bout against Teofimo Lopez in November, George Kambosos Jr has plenty of options to pick from for his first title defense. Ryan Garcia, Vasyl Lomachenko and WBC champion Devin Haney are three boxers who could challenge for the Australian’s lightweight titles

Besides, both Garcia and Haney have called George Kambosos Jr out and have argued on social media. However, the Australian boxer has shrugged off Ryan Garcia’s callout and has told him to ‘Get in line’.

Thereafter George finalized his next opponent yesterday after he replied to a DAZN tweet where they asked fans about their preference for Kambosos Jr’s next fight. He expressed his wish to face either Devin Haney or Vasyl Lomachenko in his hometown Australia.

Like I have said countless times @SIChrisMannix I want the best challenger to give the world the best fights possible. Haney, Matchroom boxing, Lomachenko Top Rank boxing, it takes two to tango, so let’s get this done ASAP. The stadium in Australia awaits. And still! https://t.co/BJoehtuNRo

“Like I have said countless times @SIChrisMannix I want the best challenger to give the world the best fights possible. Haney, Matchroom boxing, Lomachenko Top Rank boxing, it takes two to tango, so let’s get this done ASAP. The stadium in Australia awaits. And still!”

Now that Kambosos Jr has narrowed down his options and made his intentions, it would be upon which side offers a better deal to the Australian boxer. Either way, both these matchups would be fun to watch as Devin Haney and Vasyl Lomachenko are highly skilled and are amongst the best boxers in the division.

When will George Kambosos Jr defend his unified lightweight titles?

George Kambosos Jr had a terrific 2021 and he finished the year with a stunning win over Teofimo Lopez in November. After winning the four lightweight titles, The Australian boxer had declared that he would defend his belt in Australia. Initially, Ferocious targeted his first title defense in April. 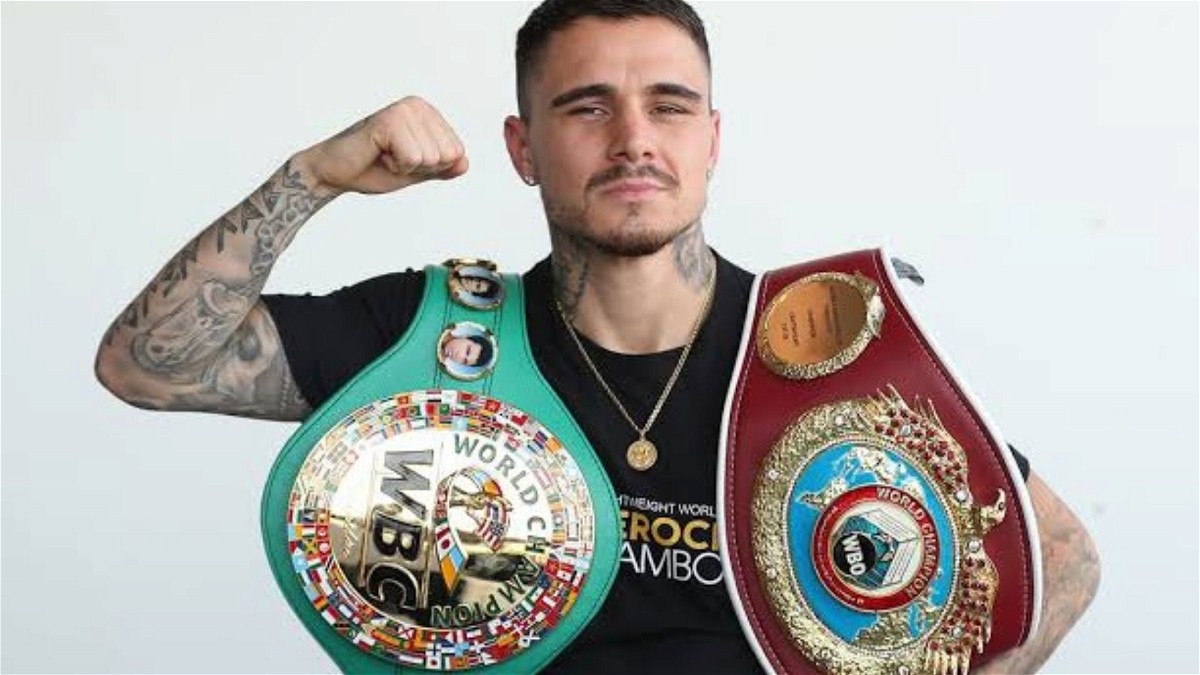 However, with the crowd limit set to 50% in Australia, his first title defense is pushed back to July reportedly. As of now fans are highly interested to see which lightweight will end up challenging Kambosos for the four titles. Do let us know in the comment section who you think will George Kambosos pick between Devin Haney and Vasyl Lomachenko for his next fight?