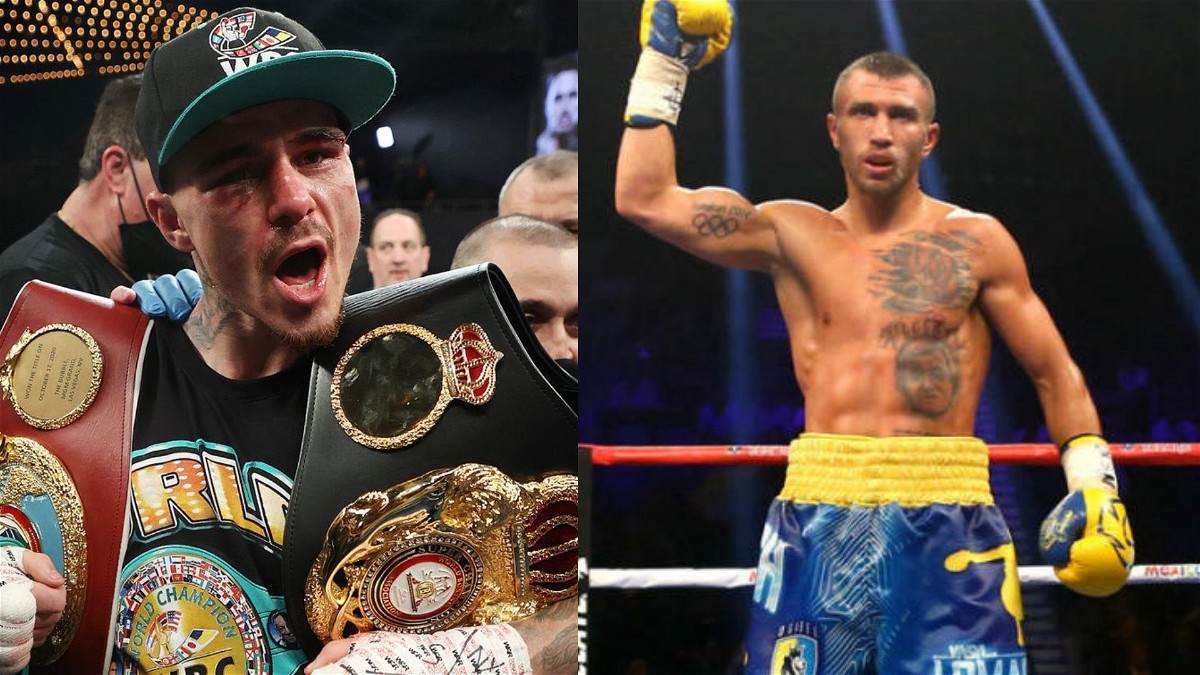 George Kambosos Jr will most likely defend his WBA, WBC, IBF and WBO lightweight titles against Vasyl Lomachenko in his hometown. According to a report from ESPN’s Mike Coppinger, this title bout will take place on June 5 at the 55,000 capacity Marvel Stadium in Melbourne.

Kambosos Jr’s deal also includes a rematch clause in place if he loses this upcoming fight and the rematch will also take place in Australia. Loma has agreed to his side of the deal for this mega showdown but Kambosos has not agreed yet.

Therefore Devin Haney’s promoter Eddie Hearn is still trying to get his client this bout and according to Michael Benson’s report, Haney has agreed to take the same deal as Loma in order to get the Kambosos title fight.

Devin Haney has insisted he is willing to take exact the same deal that Vasyl Lomachenko has reportedly agreed to in order to secure the George Kambosos Jr fight for himself next.

Things have taken an interesting turn and now the ball is at the lightweight champion’s court. Because he gets to weigh his options and choose his opponent for his first title defense.

Oscar De La Hoya went on Twitter and tweeted out that Ryan Garcia would be the best option for George Kambosos Jr to make the most money. Thereafter the unified lightweight titleholder wasted no time to respond as he thwarted Garcia by asking him to earn the title shot.

Ryan Garcia expects to return in action on April 2. Meanwhile, Kambosos has hinted on Twitter that his next opponent is finalized. However, there has been no official announcement yet. So let us know in the comments section who you think will George Kambosos Jr fight for his first title defense bout.