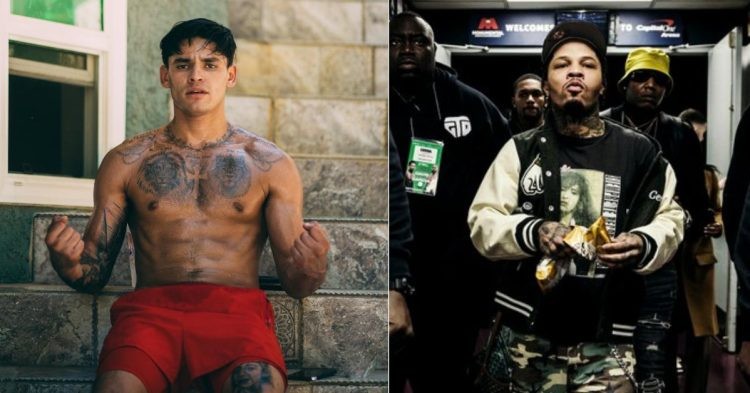 The countdown has officially begun for Gervonta Davis vs Ryan Garcia at a catchweight bout later this year. The boxing stalwarts and two of the most promising boxers in the sport today will finally share the boxing ring.

Gervonta Davis vs Ryan Garcia is expected to take place on April 15, later this year in Nevada, Las Vegas. The venue for the fight hasn’t been decided yet and the purse bid is yet to be official. However, an agreement between both the boxers seems to be in place, and it’s safe to say we are just a few months shy from watching one of the most anticipated boxing bouts of 2023.

Are Gervonta Davis and Ryan Garcia fighting for the title?

Gervonta Davis currently reigns as the WBA lightweight champion of the world. Meanwhile, Ryan Garcia holds the interim WBC lightweight title. Needless to say, a title match-up between both boxers is highly unlikely and so is the case in their upcoming fight in April.

Tank Davis and Ryan Garcia will compete in a catchweight fight, and unless there is a special belt being designed, the WBA title won’t be on the line. “I’m ready for the fight scheduled for April,” Gervonta said after his emphatic win over Hector Luis Garcia. Davis last competed on January 7 against Hector Luis Garcia, picking up an eighth-round stoppage win to mark his 26th T/KO victory in 28 career wins.

Meanwhile, soon after the fight, Garcia took to Twitter and reaffirmed his interest in facing Tank Davis.

Ryan Garcia last competed in July 2022, where he took on Javier Fortuna. He picked up a scintillating sixth-round KO win to seal the deal and extend his winning streak to 23 straight wins. It’s safe to say, for someone, the 0 will go down when Davis and Garcia face off in April, with Tank Davis currently riding on a 28-fight winning streak.