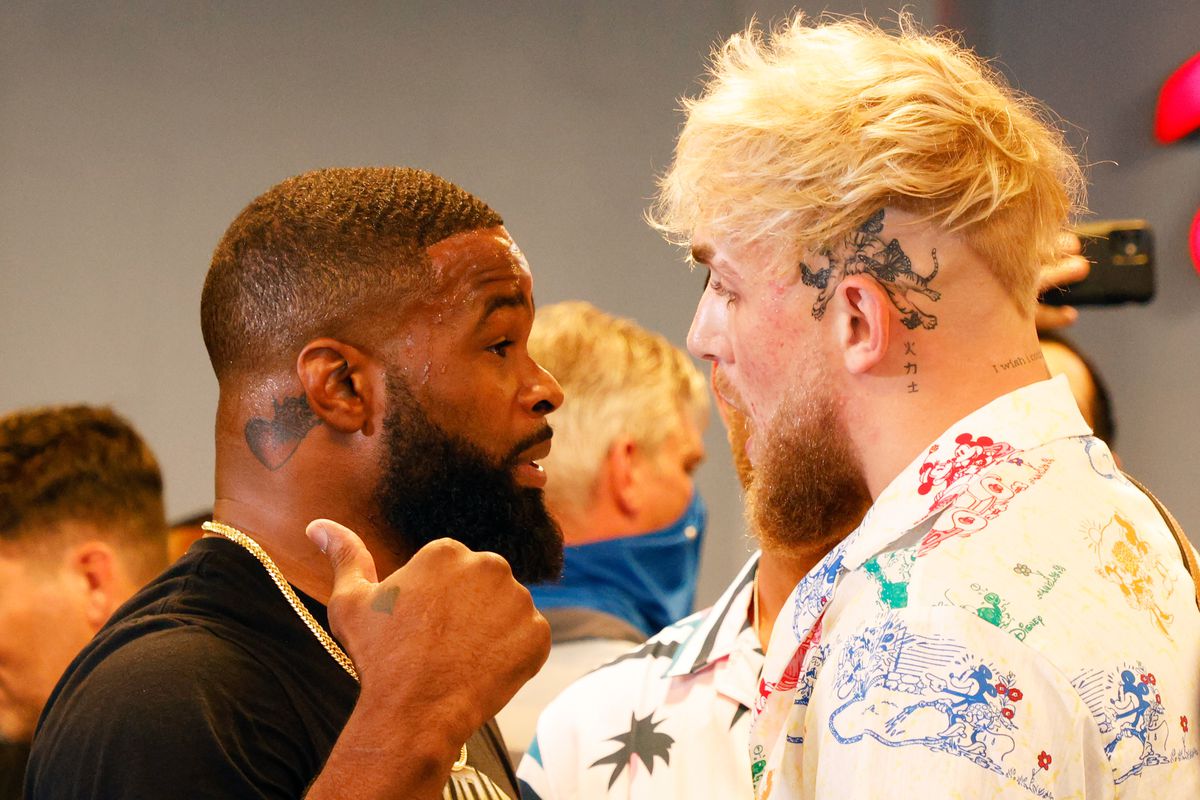 Jake Paul and Tyron Woodley are all set to face off against each other on August 28 at Showtime PPV. As soon as the fight was announced both the fighters started to talk trash on their social media. And things got even more heated when The ‘Problem Child’ came face to face against ‘The Chosen One’ at a pre-fight media event on Wednesday.

The Disney Star and the Former Welterweight Champion went eye to eye as they posed for photos against each other. Jake Paul and Tyron Woodley were constantly hurling insults at each other during their entire staredown. “You’re about to be beaten up by a Disney Kid. It’s gonna be embarrassing for you” commented Jake Paul. Whereas Tyron Woodley responded “ You know what’s going to be embarrassing is when you land on the ground I’m sending you” 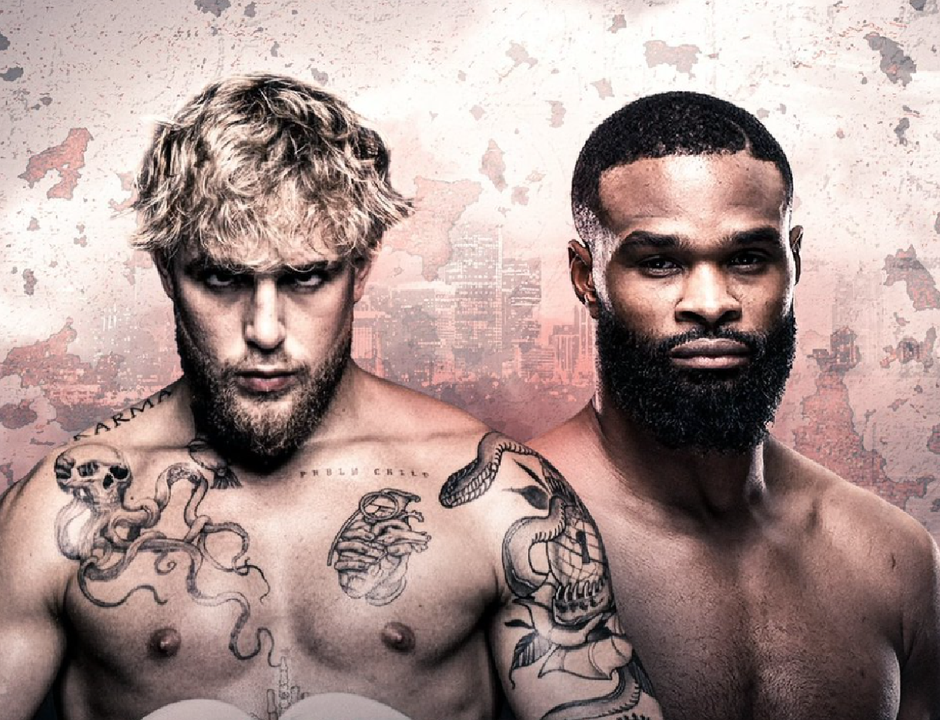 In addition to that T-Wood also started quoting lines from his song. “I’ll beat your a**, I’ll beat your a**”. The whole crowd erupted with those chants along with Tyron Woodley. Later during the staredown, Jake Paul asked him “What do you know about boxing?” The chosen one hit back at Jake “I got 30 fights in the street while you were at Disney, I was knocking people out on the streets when you were at Disney“.

Tyron Woodley’s purse for the fight against Jake Paul

The Chosen one is set to earn a lucrative amount of money against The problem child. It’ll be the biggest payday of his career when he steps up in the ring. He will earn more than he has ever earned in any of his six title fights in the UFC.

“Yeah, he’s getting paid really well. It’s one of the best deals I’ve ever done. It’s a tremendous deal. He’s getting a large base number, he’s getting a cut of the pay-per-view globally. He’s participating in a lot of different things and he should walk away with a multi-million dollar payday. His base guarantee is in the millions already, but add on all the other other extra stuff, it’s a really nice payday.”

Nonetheless, it would be interesting to see how Tyron Woodley prepares for this boxing fight. As he comes off a 4 fight losing streak. Whereas Jake seems to be very confident about his chances against the former UFC Welterweight champion.