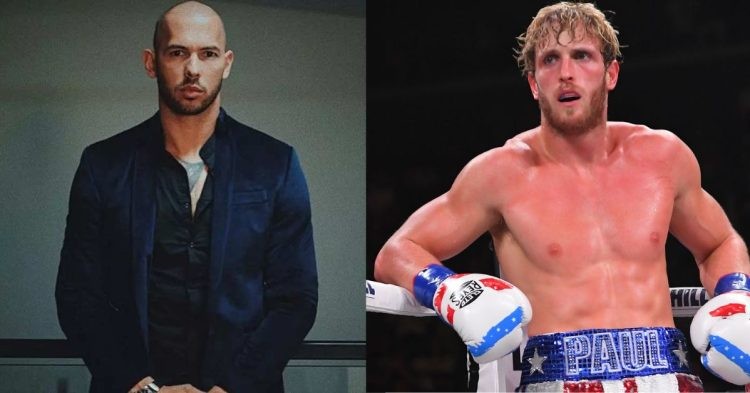 UFC bantamweight champion Aljamain Sterling recently met the controversial internet personality, Andrew Tate who is a former professional Kickboxer. The 35-year-old has turned into a social media celebrity, but for his controversial opinions.

Andrew also has a brother named Tristan Tate, and together they form the Tate Brothers. He has also been banned from all social media platforms. The former kickboxing champion, Tate has been teasing a return to combat sports since his rise to fame on social media.

Tate called out YouTuber-turned-boxer Jake Paul first, but then also went on to bash his brother, Logan Paul. In a recent video uploaded to Sterling’s YouTube channel, Andrew Tate was seen discussing his business life and after retiring from, Kickboxing. However, he also stated that he’d fight Logan Paul if he can pass a drug test.

“If Logan can pass a drug test, I’ll whoop him any day but he can’t because he’s on a fuc**** bunch of gear. I’m completely clean and have been clean my whole life…”

Tate implied that Paul is on steroids and so can’t pass the drug test. However, Tate added that he is clean and natural his whole life.

“He’s doing a bunch of steroids but I mean he’s strong and fit but he ain’t technically, you know,” Tate added.

Tate has been adamant about fighting the Paul brothers for quite some time now. However, it is not known if Tate will return to the boxing ring, as he got canceled after his controversial views on the internet.

Logan Paul had previously agreed to face Andrew Tate in a boxing ring, after Tate’s callout. But after the former Kick boxer got banned from all social media platforms, Paul stated that is not interested in that fight as he don’t want to give a platform to the controversial personality.

Tate has called out Paul on multiple occasions and accused him of using steroids. He also claimed that he will demolish Logan in a fight without much problem. Meanwhile, Paul has fought KSI and the boxing legend Floyd Mayweather in the ring but declined Tate’s challenge.

However, Tate has stated that he is planning to take on a new challenge and has been training ahead of a potential comeback against a fellow internet star. The former Kickboxing champion also revealed that he is more likely to fight Logan than Jake.

Moreover, Tate also stated to agree to this fight on one condition, which is if he gets more money than Paul, as he is “the most famous man on the planet.”

Watch the full video below:

Apart from the Paul brothers, Tate has also called out famous YouTuber-turned-boxer KSI. After returning to boxing and winning two fights, KSI has also responded to Tate and called him out for a boxing bout.