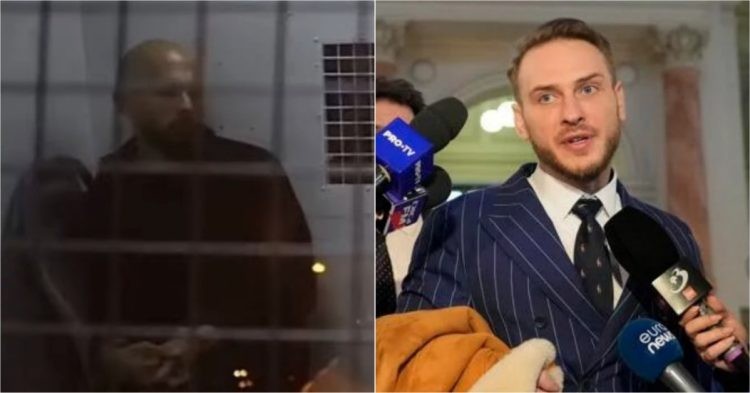 The controversial figure Andrew Tate is currently in detention following his arrest last December. Romanian police detained the former kickboxing champion in the Romanian capital Bucharest. His multiple properties, lands, and 15 supercars were also seized by the DIICOT. Not only that, but investigators are also prosecuting him for human trafficking, r*pe, and organized crime.

So Tate finds himself in a corner after his arrest on December 29, 2022. As each day goes by, Top G finds himself in more and more of a legal mess. On January 10, 2023, Andrew had his day in court. Although he appealed against the detention order, the court rejected his bail plea and upheld the previous order. So the question becomes, what does Andrew think about the situation?

Andrew and Tristan Tate are currently represented by Eugen Vidineac. In a January 7 interview with a Romanian outlet, Eugen shared some inside details. The legal representative revealed that both Andrew and Tristan were caught off guard by the manner of their detention. Vidineac was quite confident about Tate’s chances of attaining bail on January 10.

With the court rejecting their plea, how are the Tate brothers feeling? In another interview, Eugen Vidineac revealed how his clients are doing.

There were a lot of reports about Andrew Tate and his health. Just days before his court hearings, reports made rounds that Tate visited a hospital for some medical test. However, fans started to worry about his health, as rumors spread that Tate went to the hospital against his will. Aside from his asthma, some also speculated that Tate may have cancer.

Hence, fans were overjoyed to see him in good physical shape during his court date. Although Andrew was extremely stoic, Tristan waved at the camera to let the fans know that they were holding strong. However, are they as calm and composed in the detention center? Tate’s lawyer made an explosive revelation and said that Andrew Tate was not doing well.

Eugen Vidineac added, “He’s not very well. He’s disappointed, but he’s willing to resist. My clients don’t recognize the allegations against them. We’re now in a phase of investigation, (which) is not a public phase of a trial.”

It is quite evident from Eugen’s statements that team Tate is not happy with the way the procedure was going. Eugen previously made a point about Tate’s arrest on December 29. He wanted to know why the authorities did not detain Andrew during their initial interrogation in April 2022. Apparently, some of Andrew’s gadgets were seized in April for further investigation.

While some of those were returned, Tate did not face any further ramifications. Interestingly, some of the same gadgets were taken away once again during the December 29 arrest. The lawyer questioned why did the police not arrest him in April itself. So it will be interesting to see how the case plays out in the future.