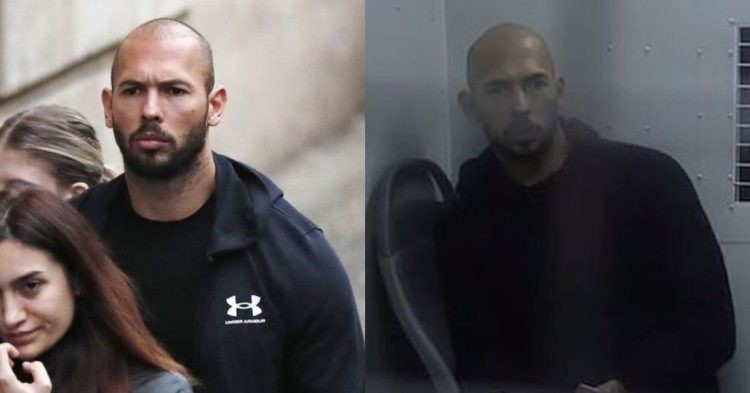 Andrew Tate's appeal for bail has been denied by the Court. (Credits: YouTube)

According to The Guardian, Tate’s appeal has been rejected, and he will have to see out the 30-day detention period.

The whole ordeal began on December 29, 2022, in Bucharest when the Romanian police arrested Andrew, his brother Tristan and two other accomplices. Moreover, the authorities also raided Tate’s villa and went on to seize Tate’s vehicles, including his Bugatti, from the compound.

For those unaware, Tate and his associates were arrested on charges of human trafficking, r*pe, and organized crime. After the initial 24 hours, they were further detained for a period of 30 days, till investigations continued. Now, the Romanian anti-organization crime agency DIICOT has revealed that the court has indeed denied their appeal seeking a release.

According to a report from Dexerto, one of the main reasons the Tates presented in the court, was that ‘their children needed them to be free’. As such, both brothers have children and pleaded to be allowed to go back to their kids. Previous reports, and the brothers themselves, have suggested that Tate has around 10 children throughout the world.

After the rejection of the appeal, Tate’s Twitter account, which is reportedly run by his cousin, made yet another cryptic post. In reference to Tate’s recent conversion to Islam, the account wrote: “When Allah said ‘I test only those I love.’ I took the pain like it was an honor – Abu Hurayrah.”

Andrew Tate fans protest against his arrest in Romania

As expected, fans of the ‘Top G’ have come out in their droves to voice their support for their idol. Following the rejection of his appeal, followers have been posting about Tate’s innocence and the good he brings to the world. Let’s take a look at some of their tweets.

Here’s a glimpse of the real Andrew Tate, behind the cameras. World champion fighter, ultra high net worth, but he still makes a point of training with and encouraging my son every time they meet. THREAD pic.twitter.com/eQBVVqiuDC

Wherever we went, it was like this. Genuine love and support. You can’t buy this, you can’t fake this. He resonates with every one of them. Locking him away with false accusations is only going to martyr him. #FreeTopG #AndrewTate #tatebrothers pic.twitter.com/th40PTv0Pp

Andrew Tate will forever be innocent to me pic.twitter.com/pQ3VV45cS9

Clowns like this woman are the reason why the UK has become a joke. They’re happy to push the LGBTQ agenda on little kids, allow knife crime to increase daily, allow daily strikes disrupting everyday life. Instead, her fascination of Andrew Tate is a priority for the UK? #karen https://t.co/8qWMq0gvx4

The mass media will not report the cold hard facts about this case! #AndrewTate #cobra #FreeTopG pic.twitter.com/o98k8KUASj

Here’s the truth about Vice News and Andrew Tate (based on me being there) pic.twitter.com/AZJ0FhV3u9

Previously, there were reports that Andrew was forced to be hospitalized ahead of the court appearance due to a lung nodule. However, Tate was seemingly in good health despite reports of severe medical complications. Although his health issues are not an immediate concern, there are rumors of his detention period getting extended to 180 days.

Apparently, the judge presiding over the case denied bail stating that the Tate brothers have the financial means to escape the country and obstruct the investigation process. As such, they will be in detention for the initially ordered 30 days. Currently, there is no word on any other developments as investigations are still ongoing.

At the end of his 30-day detention, do you think Andrew and Co. will walk free? Do you think that the alleged ‘matrix’ will prevail and find new reasons to keep Tate behind bars? When do you think Tate will be released, if at all? Leave your thoughts in the comments below.