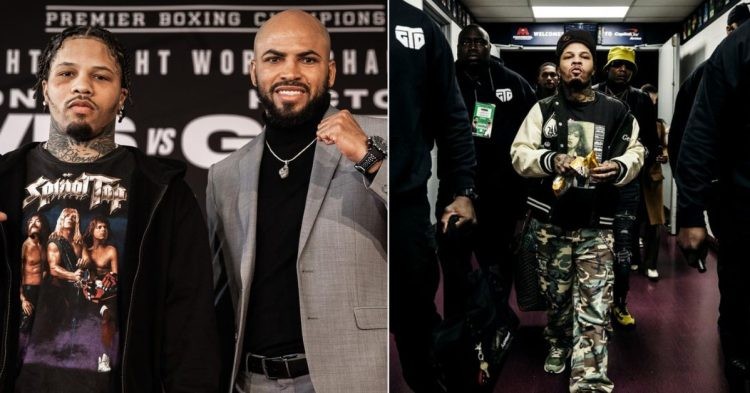 Gervonta Davis took on super-featherweight champion Hector Luis Garcia in the main event on Showtime PPV in Washington DC, United States to defend his WBA lightweight title. In what was seen as a tune-up fight ahead of the hugely anticipated showdown against Ryan Garcia, Davis did not have an easy time against Luis Garcia, who proved to be quite a test for the undefeated knockout artist.

However, after everything was said and done, it was once again Gervonta Davis, who remained undefeated, picking up an eighth-round TKO win to extend his winning streak to 28 straight wins. The fight marked Davis’ 26th stoppage win.

According to Sports Payout, Gervonta Davis made in the excess of $1.5 million to fight Hector Luis Garcia. Meanwhile, Garcia made a guaranteed purse of $350,000 to fight Tank Davis.

‼️ Gervonta Davis STOPS Hector Luis Garcia as Garcia does not come out for round nine after being heard saying “I can’t see” in the corner.

It won’t be wrong to say that it’s a step down from his last fight, where Davis made a whopping $2 million to fight Rolando Romero. However, it’s still significantly better than what he made against Isaac Cruz, where Tank took home $1 million. According to reports, Davis will also take home a 60% PPV share in the fight against Hector Luis Garcia, and while the possibility of huge PPV numbers, in this case, is slim, Garcia is expected to make in the excess of $4 million regardless through PPV share and endorsement deals.

Hector Luis Garcia, who suffered the first loss of his professional boxing career, will take home a 40% PPV share. Needless to say, this was Luis Garcia’s one of biggest payouts in boxing.

It goes without saying, the numbers will be much bigger when Gervonta Davis takes on Ryan Garcia on April 15 in Las Vegas, Nevada. After the fight against Garcia, Davis once again confirmed his participation in the fight, and the fans couldn’t have been more excited.