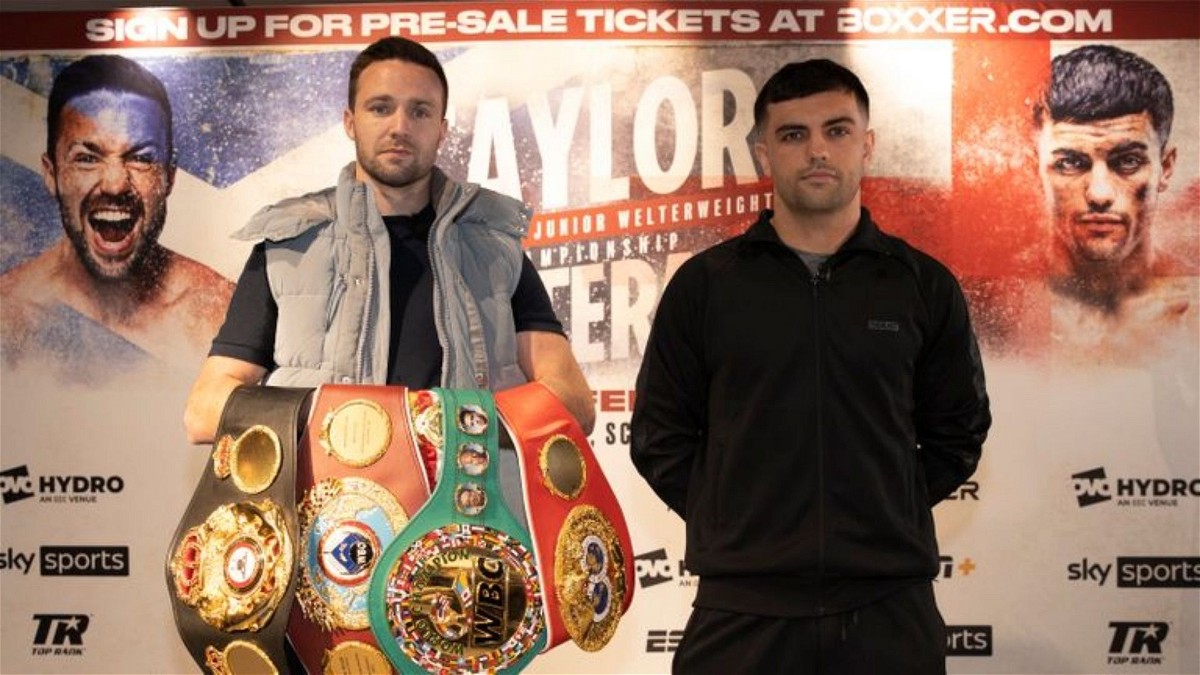 Josh Taylor is going to defend all his titles against Jack Catterall this Saturday at OVO Hydro in Glasgow, Scotland. Taylor currently holds the WBA, WBC, IBF, WBO, and The Ring light-welterweight titles.

Both were to face each other back in December 2021. However, Taylor got injured and consequently, the fight was rescheduled.

How to watch Josh Taylor vs Jack Catterall – Broadcasting details

Josh Taylor vs Jack Catterall fight card will take place on February 26th at OVO Hydro in Glasgow, Scotland. The main card of this event will be underway at 2 pm ET. And the main event fighters Josh Taylor vs Jack Catterall are expected to make their ring walks at 5:15 pm ET. These above-mentioned timings are subject to change considering the amount of time taken for each match to get over.

In the USA: Fight fans from the USA can enjoy the fight at 2 p.m. ET Saturday, February 26 on ESPN+. The charges for ESPN subscriptions start from $6.99/month.

In the UK: The main card will start at 7 p.m Saturday, February 26 in the UK. Fans can watch the fight on Sky Sports.

In Scotland: Scottish fight fans support their champion, Taylor, by watching the fight via ESPN+ at 7 p.m Saturday, February 26.

In Australia: For viewers in Australia, the main card will begin on February 27 at 5:30 am.

It is to be mentioned that the fight will also be available for the Disney bundle subscription holders which include Disney+, ESPN+, and Hulu at $13.99/month.