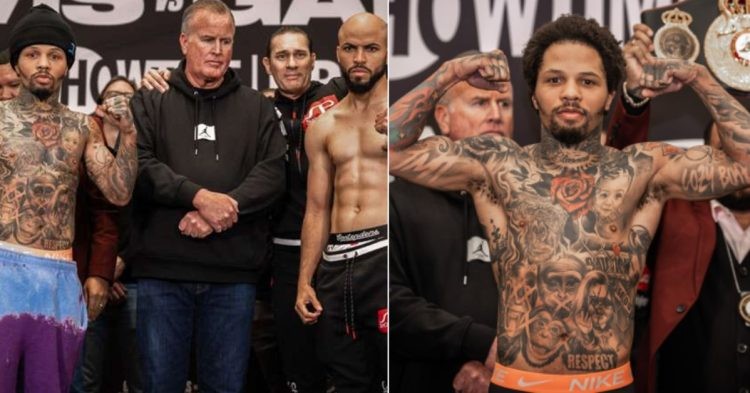 Possibly months ahead of an ultimate showdown against Ryan Garcia, undefeated boxer and WBA lightweight champion Gervonta Davis took on Hector Luis Garcia in the main event of the evening on Showtime PPV in Washington, United States.

Truth be told, Gervonta Davis, who looked out of touch during the pre-fight shenanigans, brought the fire like he always has as he stepped inside the ring to kickstart 2023 for boxing fans. He picked up a ninth-round stoppage win to seal the deal.

After a slow first two rounds, it was in the third round that Tank Davis really started getting to work. Luis Garcia did not prove to be an easy challenge after all, making great use of his left hand to keep Davis in check.

Luis Garcia looked incredible, landing a vicious left hook in the fourth round and showing great tenacity against a much more aggressive Tank Davis. While Garcia also connected, the power difference was quite evident in Davis’ punches.

Even in the fifth round, Davis looked like the more dangerous boxer. But, a left hand from Garcia put Gervonta on the spot for a few seconds, however, this did not stop him from advancing. Heading into the sixth round, Garcia showed some incredible body work, landing several punches to the body. However, once again it was Gervonta Davis hunting for the KO, who looked better in the round.

The super-featherweight champion certainly did not make it look easy for Gervonta Davis, fighting aggression with aggression in the seventh round. A big left for Tank, and a right from Garcia, and the audience jumped on their feet anticipating a stoppage.

A fight in the stand halted the action for a few minutes in the eighth round, in quite an abrupt stoppage to the fight. When the fight continued, Garcia and Davis engaged in close distance, unafraid of each other’s power. Less than 10 seconds into the round, Davis hurt Garcia for the first time, much to the wild uproar from the crowd.

Look at Wallo at the Gervonta Davis fight in the middle of some shit 😭😭 pic.twitter.com/7m54jG3Ehi

When the round ended, Hector Luis Garcia refused to walk out to the ninth round, giving a stoppage win to Gervonta Davis. In quite a bizarre ending, Luis Garcia was heard saying, “I can’t see” before the corner decided to not let him enter the ninth round.

‼️ Gervonta Davis STOPS Hector Luis Garcia as Garcia does not come out for round nine after being heard saying “I can’t see” in the corner.

With the victory, Gervonta Davis will now take on Ryan Garcia next in April.