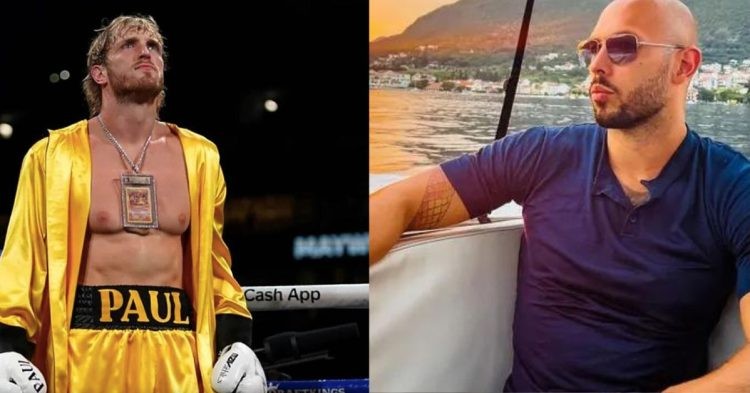 Andrew Tate is a very controversial character in the world today due to his radical views. However, The reason why he is controversial is not only due to his persona but also the manner in which he has become a global figure. The sheer influence he has generated over his young and impressionable audience has resorted to platforms such as Instagram and Twitter to ban him.

His past has been pretty interesting, to say the least. He competed as a kickboxer. It was his main occupation for the longest time. Even more surprising, He had been a 4-time world kickboxing champion.

Due to Tate being such a big influencer, Logan took notice of this and thought of capitalising on his recent fame. Paul challenged controversial former kickboxer Tate to a boxing bout, but a fight doesn’t seem likely now that his opponent has been blocked from social media because of his opinions on women.

In a recent interview, Paul stated why he withdrew from the Idea of competing against him. He stated, “I don’t feel like giving him the blessing of being my dance partner in the ring. Especially after the social media platforms have made it very clear how they feel about this guy.”

Logan isn’t the only Paul brother that has been associated with Tate recently. Tate has been open about wanting a match with Jake Paul, even if it’s uncertain if these two will ever shake hands. Tate might get a chance to box the younger brother as the older seems not interested.

In the same interview, “The maverick” stated, “You wanna re-platform this guy? Anyone. You wanna have him on your shows, do you wanna give him another opportunity to speak and spread his agenda? Because whether you believe it or not, the s**t that Andrew Tate is saying will have a ripple effect much more dangerous than you can imagine.”

Who could be the next potential opponent for Logan Paul?

Showtime dipped their toe back into the Mayweather pay-per-view market in June of last year and found that when you pair his name with a Paul brother, millions can be made. Hence, it is no secret that Logan can fight and most importantly, he can make money while he fights.

If Logan can fight Mayweather, what stops him from fighting Manny Pacquiao? The fight will generate immense revenue and the size difference and the age factor might make the match-up interesting. This can also open up in Logan fighting Oscar De La Hoya. His 2021 comeback from retirement was impeded by a COVID-19 infection that required hospitalisation. If he still wishes to come back, Logan seems a wise choice. What do you have to say on the next potential opponent for Logan Paul? Do let us know.