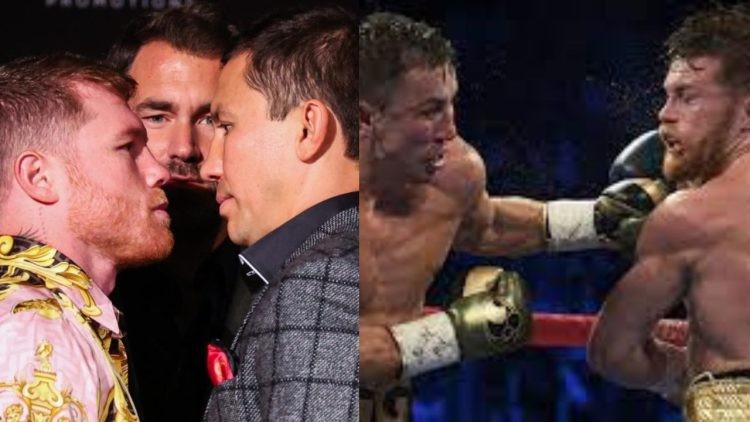 Canelo Alvarez Feels No Love for Gennadiy Golovkin ahead of trilogy fight.

Canelo Alvarez takes on Gennadiy Golovkin for the third time in 5 years. Arguably the two best middleweights in boxing history, it is no surprise that they aren’t the best of friends. Having shared the ring for 24 brutal rounds, there is a reason their rivalry is second to none.

The two fighters are well acquainted, having fought each other twice in the last five years.  Whilst the first bout ended in a controversial split decision draw, the second was a majority decision win for Canelo. Both of the fights were frighteningly close, with rounds determined through fine margins for either side.

Speaking to the press, Canelo reveals that there will be no pulled punches come Saturday night. “I think it’s different because we don’t like each other,” he explained. “We have history, so it’s a more exciting fight, for both, for the fans, for everybody.”

Further, Alvarez adds, “And I hate that kind of person, like Golovkin says a lot of things about you, and then when you have that person in front of you, they say: ‘Oh, I respect this, I respect that.’ I hate that. I’m just really excited to get back.”

Moreover, Canelo is also faced with the possibility of two consecutive defeats for the first time in his career. In his last outing, the Mexican was left stunned by Dmitry Bivol in only his second career loss. For GGG, the fight could be his last, with the Kazakh boxer turning 41 next year.

Without a doubt, Canelo vs GGG 3 is one of the most anticipated boxing events of the year. Understandably, fans are very excited to see how the matchup pans out and who will come out on top. With the fight just a day away, let’s take a look at all the details for the fight.