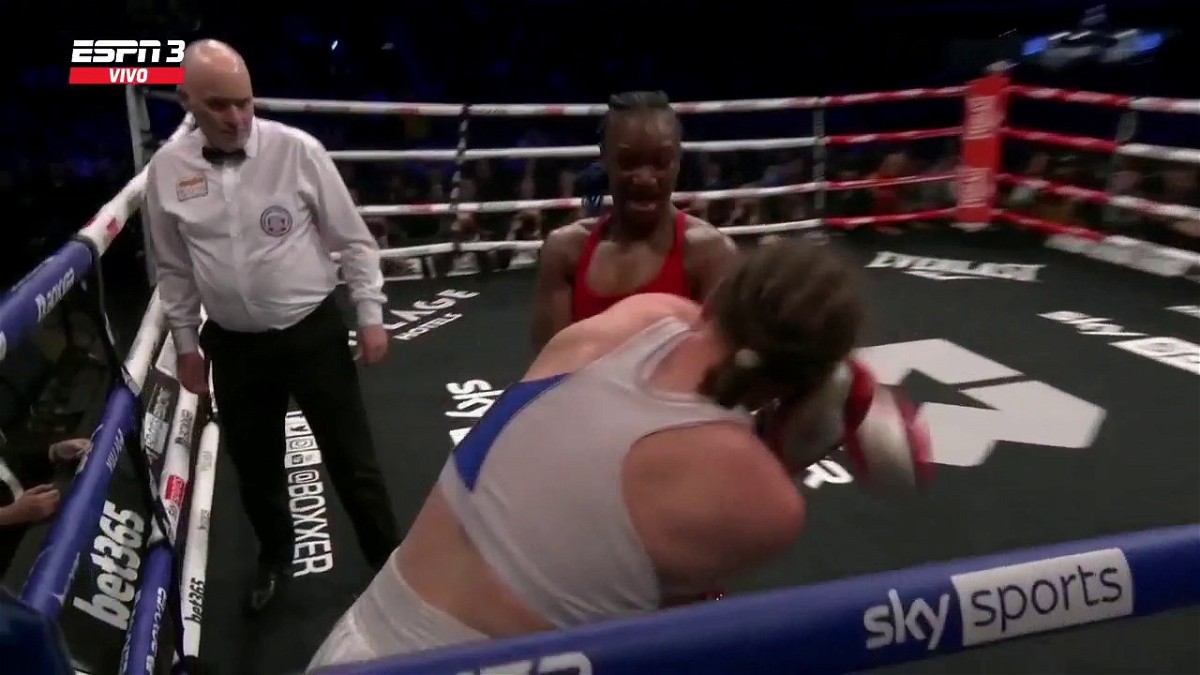 In the first round, Kozin started the bout by pressuring Claressa Shields. However, Shields showed great head movement and was able to land several significant strikes. The game plan looked evident enough, with Shields targeting the body of Kozin.

Shields dominated her for the better part of the entire fight. A relatively younger and inexperienced fell short in all departments, finding only 24% success in punches land by the end of the 4 rounds, compared to a staggering 54% from Shields.

Going into the fifth round, Shields just absolutely annihilated Kozin near the ropes, landing several straight blows to the face. However, a tough and resilient Kozin stood toe to toe against arguably the greatest boxer of all time. A brutal right hand in the sixth round hurt Kozin, who looked defenseless in front of an ever aggressive Shields.

Shields unleashed on Kozin in the seventh round, connecting numerous lethal body shots. Shields continued to tear off a tough Ema Kozin in the ninth round, trying to finish a very durable 23-year old boxer.

Shields finished the 10th round strong, and even before the decision was announced, the crowd rose on their feet to welcome the return of Shields. “I thought stoppage was gonna come, I know round 6, 7, even 5 I was breaking her down.” Shields said after the fight.

What’s next for Claressa Shields?

Shields’ next potential opponent Savannah Marshall was present in the arena for the return of the GWOAT. The only boxer to beat Claressa Shields, a loss that came in Shields’ amateur circuit, Savannah Marshallholds the WBO female middleweight title.

Savannah Marshall pretending to be asleep at ringside during Claressa Shields vs Ema Kozin… pic.twitter.com/06uNK0VI6F

Needless to say, with Shields getting her hands on the WBF female middleweight title, a huge undisputed clash between Claressa Shields and Savannah Marshall is guaranteed.