Former UFC welterweight champion, Tyron Woodley makes his pro boxing debut against Jake Paul on August 28th. Though he is not the UFC champion anymore he is still a tough competitor inside the octagon or squared ring. And it seems Woodley is taking this fight seriously as he has already started his training camp.

Tyron Woodley has 3 months to get ready for a boxing match against Jake Paul. So there is no shortage of time or resources for the Chosen One.

Recently, Tyron Woodley revealed that former world champion and one of the pound for pound best boxers of his time, Andre Ward has offered to train with him for the Jake Paul fight. And now arguably the greatest boxer of this generation, Floyd Mayweather is willing to train Tyron Woodley for his pro boxing debut.

On the media day for the Logan Paul fight, when Floyd Mayweather was asked about potentially fighting Jake Paul in the future, Mayweather showed no interest in that fight. He instead offered to support Tyron Woodley in his training camp. Mayweather stated:

“Give me Tyron Woodley. I’m gonna make sure I get him in camp and I’ll train him. I want Tyron Woodley to come to Las Vegas and work with us.”

The rivalry between Floyd Mayweather and Jake Paul started with the brawl that broke out during the first press conference for the Mayweather vs Logan Paul fight. And it seems these two superstars of boxing don’t see eye to eye yet.

Woodley was considered one of the greatest of all time at his prime. But, this is new territory for him and there is a risk for him going up against Jake Paul, who has solid KO power and good fundamental knowledge of boxing. 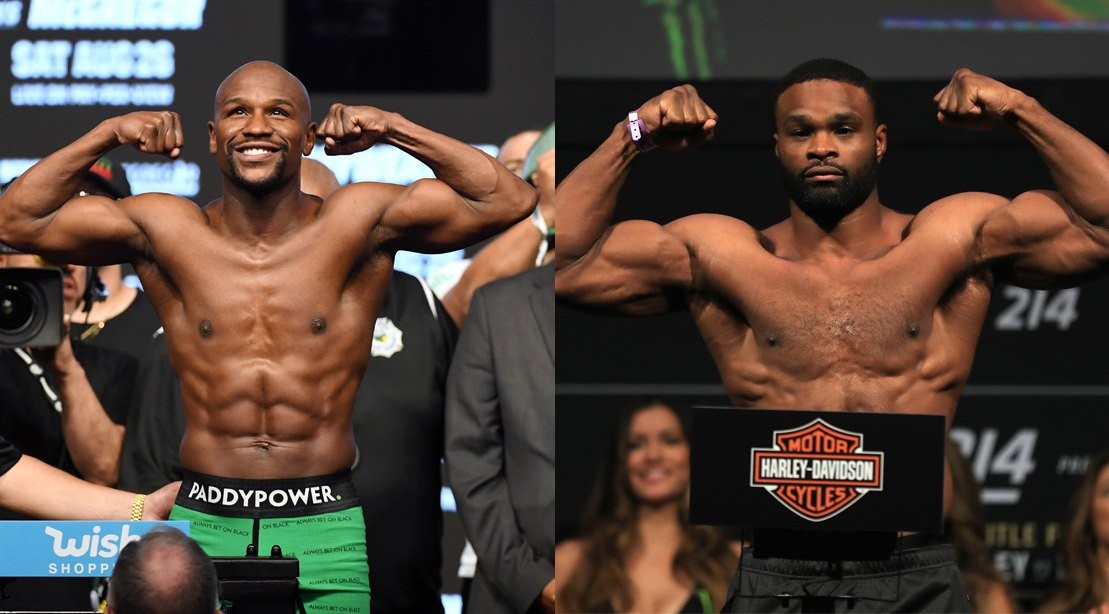 However, if Woodley does indeed train with Floyd Mayweather then that is going to have a significant impact on the outcome of his fight. Not just Mayweather even Andre Ward can add some valuable weapons in Woodley’s arsenal that will help him win.

If Woodley has a smart and hard training camp for this fight and does not underestimate Jake paul then he should get the job done on August 28. However, Jake Paul has a significant chance at winning this fight as well.