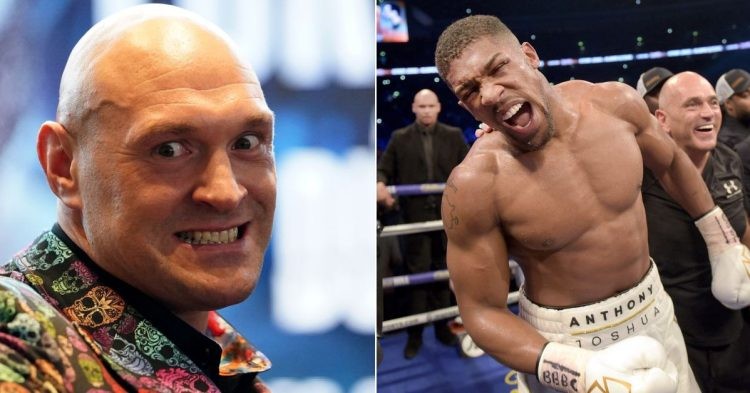 Tyson Fury will come out of retirement on December 3 to take on Derek Chisora in a trilogy fight in London. Fury announced his retirement back in April earlier this year following a stoppage win over Dillian Whyte. The heavyweight champion mentioned his obsession with boxing as the reason for his return and opined how he might succumb to mental distress if he doesn’t keep boxing, further emphasizing why a lot of legendary boxers have continued to fight even after their prime.

The PPV price for Tyson Fury vs Derek Chisora 3 will be £26.95. #FuryChisora3 #BoxingNews #TysonFury #GypsyKing pic.twitter.com/JoPdPRxBRm

The Gypsy King also announced that he will compete thrice next year, setting his eyes on a return in February against Oleksandr Usyk for the undisputed gold.

Well, you can’t count the chicken before the eggs are hatched, and rightfully so, Tyson Fury is currently focused on his next challenge in the form of Derek Chisora.

Be that as it may, Fury has already named the two boxers he wants to fight in 2023. Surprisingly enough, it doesn’t include Anthony Joshua. Fury expressed his desire to face Oleksandr Usyk in February and if that doesn’t come to be the case, he is ready to take on Joe Joyce.

“If Usyk wants no smoke in February. Then let’s do Joyce in Wembley. Joe, get your skates on, get fit mush because if the middleweight don’t want no smoke, you’re in. Because I am fighting three times next year and you can be one of them.” Fury said.

Former Olympic champion Joe Joyce has made a case for himself with an undefeated record and a series of stoppage wins to his name. Joyce’s most recent win came in the form of a stoppage win over Joseph Parker. Meanwhile, Oleksandr Usyk is fresh off a unanimous decision win over Anthony Joshua.

The boxing world could soon witness an undisputed heavyweight champion of the world early next year if Fury and Usyk can come to terms. While Fury did not name his third opponent, it won’t be wrong to say that the fight against Anthony Joshua might still be in the picture. Whether or not the British stalwarts will face each other inside the bidding ring in 2023, only time will tell.