“I’m No Fool” – Roy Jones Jr. Not Happy With How Mike Tyson Super-Fight Is Taking Shape

Roy Jones Jr. is scheduled to take on Mike Tyson in an exhibition bout. The super-fight will take place on November 28th. Earlier it was scheduled to take place in September, however, to further promote the fight, it was pushed to November. Jones Jr. showed his unhappiness with the move. He mentioned how he had dates booked, and plans for the month of November, and expressed his desire to get a clear compensation from Tyson’s team. There was also a point where Roy Jones Jr. threatened to withdraw from the bout. However, according to his recent interaction with the media, it seems like the bout will take place.

Roy Jones Jr’ opens up on super-fight against Mike Tyson 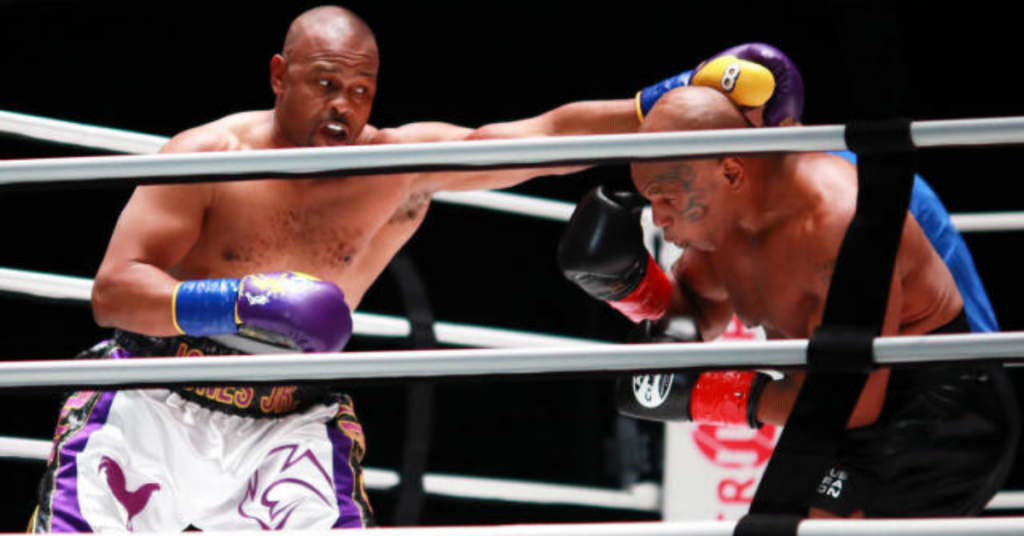 Roy Jones Jr. revealed that his eyes are set on the new date, and he is going to do what he does best inside the ring. Jones Jr also shared his view on the decision to postpone the fight. “Why would I change the date and mess up the rest of my year when I agreed to Sept. 12.”

Mike Tyson will make his highly anticipated return to the boxing ring after being out of in-ring action for over 15 years. Tyson has looked incredible in the training videos he has been training post the announcement of his huge return. He looks sharp and brings back memories of the old Mike Tyson. Roy Jones Jr. is younger than Tyson, and the former Champion will look to upset the huge return. Tyson has maintained that he is going for the kill. Jones Jr. has said that he will try to survive the first few rounds, and then he will have complete control of the fight. It will be interesting to see two former Champions battle it out inside the ring.