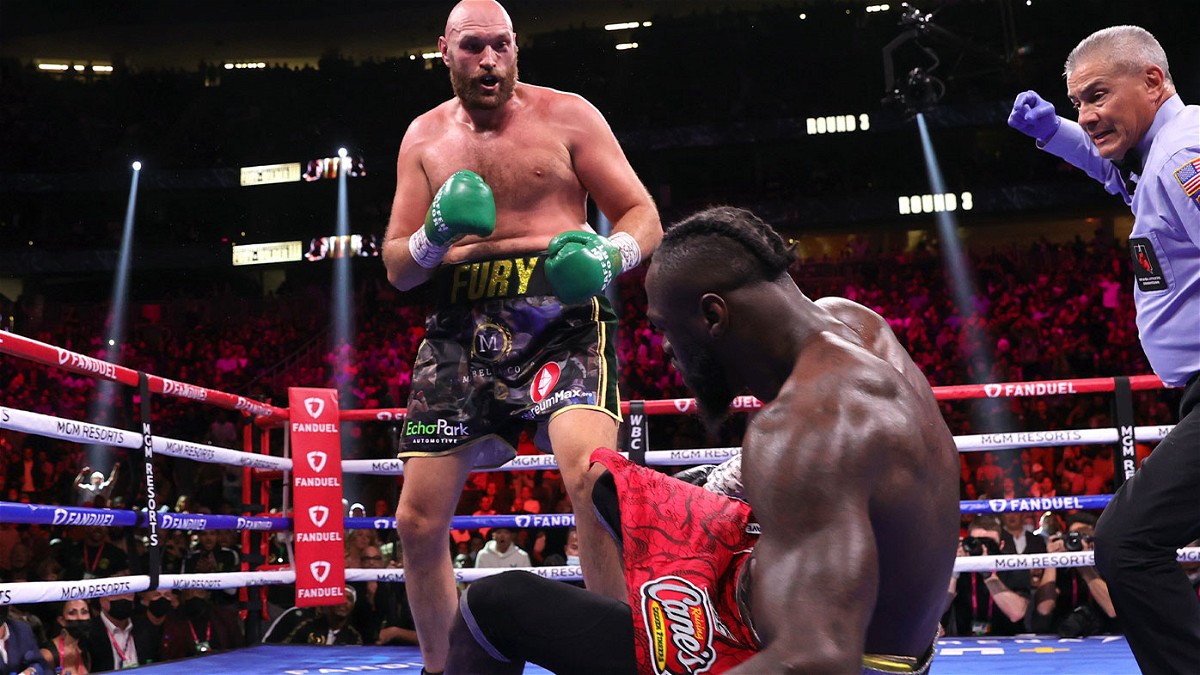 Tyson Fury knocked out Deontay Wilder in their trilogy bout to retain the title. He scored three thrilling knockdowns against Wilder over 11 rounds.

The rivals first fought in the year 2018 where the bout ended in a draw. However, two years later Fury defeated Wilder by knocking him out in the seventh round to become the lineal champion.

Surprisingly, Wilder didn’t accept the defeat rather blamed others for his own failure. He even accused his own trainer Mark Breland of giving him spiked water in the middle of the fight. Wilder also accused that Fury had loaded his gloves with weights. Before the trilogy bout, Deontay again complained about the same. But, Fury’s gloves were cleared by the Nevada State Athletic Commission and he used them to KO Wilder in the fight.

After the fight ended Fury revealed that Wilder chose not to talk to him or show any respect after both fought like warriors.

While giving a byte to Behind The Gloves fury told:

“I’m sure he’ll have a lot of excuses to make. He always does, he’s a sore loser and he has Everlast MX on and I had Paffen Sports on, the gloves were the same,”

Fury further added that Wilder’s trainers checked everything when both the fighters were in changing rooms and asked no queries. Now, since Wilder got beat fair and square Fury says that he will be surprised if Wilder ever boxes again.

“His trainers were in the changing rooms yet again, they checked everything, there’s no queries. He got beat fair and square and that’s all she wrote for Deontay Wilder. And I’ll be surprised if he ever boxes again.“

What’s next for Deonaty Wilder after the loss against Tyson Fury:

Even though there is no doubt on how good deontay is in boxing, he certainly needs a good rest to overcome this defeat and injuries. Once he gets that, he then can think of getting into the ring as there are a lot of exciting matchups for Deontay Wilder.

What do you guys think? Who should the Bronze Bomber fight next?