Conor McGregor was in complete admiration after Katie Taylor defended her lightweight title. Katie Taylor put up an incredible performance over fellow boxer Delfine Persoon to defend her WBA, WBC, IBF, WBO, and The Ring lightweight championship. Ever since winning the WBA and The Ring title after defeating Delfine in their first encounter, Katie Taylor made history after she won the WBO female junior-welterweight Championship by defeating Christina Linardatou back in November of 2019.

MMA sensation Conor McGregor as quick to send her congratulations to Taylor, who put up an absolutely flourishing performance to hand Persoon’s second loss in almost a decade. 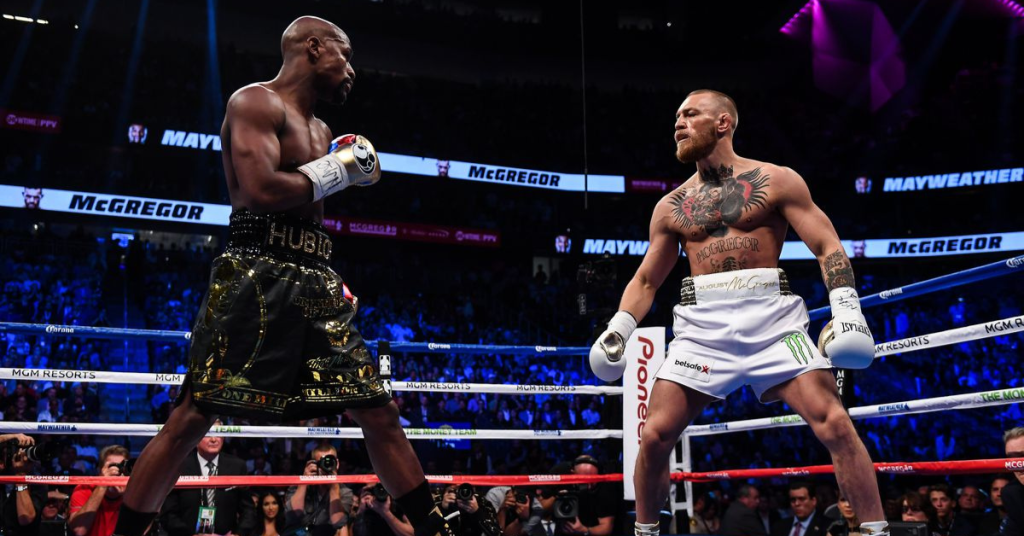 Katie Taylor will go down as one of the greatest boxers of all time. Taylor remains the undefeated and undisputed king of the women’s lightweight division. Needless to say, Delfine put up an incredible display of boxing and looked spectacular against the Champion. While she was able to connect several punches, Taylor landed more significant strikes. Delfine hasn’t lost to a single boxer in over ten years with both her losses coming against Katie Taylor. It’s safe to say that with this win, Taylor has cemented herself as one of the greatest all-time. With that being said, it’s hard to ignore the brilliant efforts from Delfine Persoon, who will go down as one of the best to ever step inside the boxing ring.

Huge congrats Katie Taylor!!! Put that one to bed for sure, no questions! Top drawer stuff as always from Ireland’s greatest! @KatieTaylor ❤️ 🇮🇪

Conor McGregor called retirement after making an emphatic return to the octagon back in January this year. McGregor picked up a brutal 40 second TKO win over Donald Cerrone. While many fans thought McGregor would continue his climb to the lightweight division, he shockingly announced his retirement from the sport. However, McGregor has hinted at coming back to boxing. With potential match-ups against Floyd Mayweather and Manny Pacquiao, it’s likely that we could see McGregor very soon inside the boxing ring. Needless to say, both Katie Taylor and Conor McGregor have put Ireland on the map, and it won’t be wrong to call them twp of Ireland’s greatest.