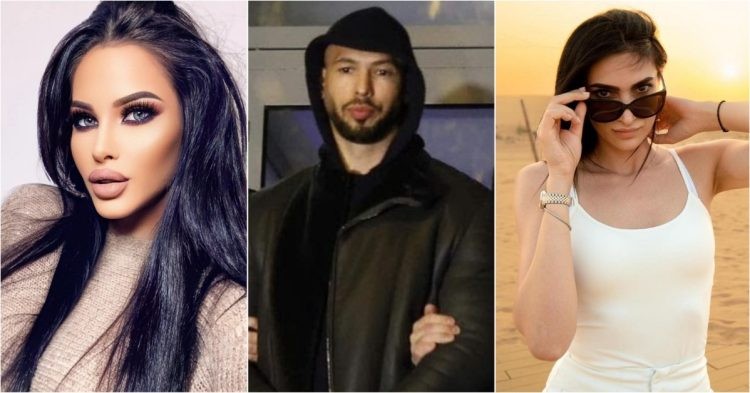 Andrew Tate is currently detained in Romania. Late in December 2022, Tate was taken into custody after the DIICOT officials raided his residence and apprehended Andrew and his younger brother Tristan Tate. However, it looks like two others were also on the list of detainees. Alongside Andrew, Georgiana Naghel and Luana Radu were put into the detention center as well!

Fans may wonder who these two women are. Luana Radu, who also goes by the name of Ellie Dely on social media platforms, is reportedly an ex-police officer in Romania.

However, she was not in the job for long and jumped over to online platforms to earn money. Radu also had an OnlyFans page, which has been inactive since her legal troubles.

Georgiana Naghel, on the other hand, is rumored to be Tate’s girlfriend. However, she is not the same person who recently came forward to defend Tate. Naghel is apparently a US citizen who resides in Bucharest, Romania.

She also has a presence on Instagram. Her Instagram profile describes her as an employee of the Tate brothers, and she was in charge of event management.

There are also some leaked images of Andrew Tate and Georgiana Naghel hanging out in a private plane. Although there are rumors of them dating, there is no way of verifying the information.

How are Luana Radu and Georgiana Naghel connected to Andrew Tate?

Luana Radu and Georgiana Naghel are reportedly accomplices to Andrew Tate. Tate has some serious allegations against him. In April 2022, Tate was under investigation after two women came forward to accuse Andrew and Tristan Tate of abducting them. However, the brothers were not detained at the time and walked away freely.

However, their detention in 2022 indicates that the authorities are trying to move the investigation forward. While there are rumors of money laundering, the Tate brothers are mainly under investigation for organized crime, alleged r*pe, and human trafficking. The trafficking allegations were put in place, as one of the women who accused Tate, was an American citizen.

Aside from that, Andrew and Tristan ran a webcam business, which was in their own words, a “total scam.” In it, they had beautiful women doll up and speak to lonely men. It is rumored that Luana Radu and Georgiana Naghel were the ones to reportedly hire the women. The women were also allegedly forced to make pornographic content.

The two women are also described as “Tate’s Angels,” as they took care of the business side of things. If the reports are indeed true, it would definitely make them accomplices in Top G’s alleged criminal activities. As per the latest developments, Tate’s detention period was extended to 30 days and his 11 supercars were seized as well.

What are your thoughts on the latest discovery in the constantly evolving case? Let us know in the comments down below.