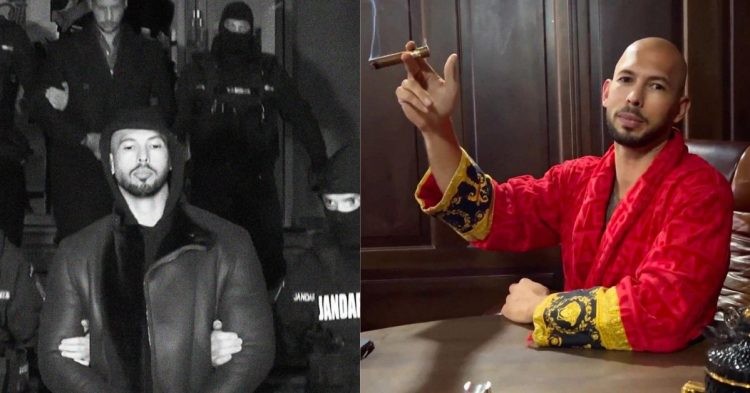 Controversial internet celebrity and 4-time kickboxing world champion Andrew Tate has been all over the headlines lately. Be it a Twitter feud against Greta Thunberg or his arrest in Romania, it has undoubtedly been an exhilarating week for the “Top G”.

Recently, Tate was involved in a back-and-forth with 19-year-old Swedish environmental activist, Greta Thunberg. It is assumed that in his response video to Greta, he inadvertently revealed his location to the Romanian authorities through the pizza box in his video.

Soon thereafter, Andrew and his brother Tristan were detained at their villa in Bucharest, Romania on December 29th. Romanian prosecutors stated that Tristan and Andrew would be held for at least 24 hours on suspicion of human trafficking, money laundering, and attempting to form a crime group.

According to prosecutors, Andrew Tate and other suspects “appear to have created an organized crime group with the purpose of recruiting, housing and exploiting women by forcing them to create p*rnographic content meant to be seen on specialized websites for a cost.”

Finally, on December 30, the Romanian courts extended Andrew and Tristan’s custody period. Andrew took to social media, tweeting, “The Matrix sent their agents.” Although there are rumors of various charges, it is not clear if there is any particular charge that has officially been added. Surprisingly, this is not the first time Andrew has been arrested.

Why was Andrew Tate arrested before?

Hours after the arrest of Tate, an old video of Tate talking about his previous arrest resurfaced on Twitter. This led fans to believe that Tate has been released from jail after his December 29 arrest over human trafficking.

In the video, Andrew Tate made a statement about his previous arrest on the charges of human trafficking. However, that did not stop from the fans running riot with rumors that Tate was released from custody. Some even took to Twitter to add their excitement on the matter.

ANDREW TATE and his Brother have been Released.
NO CHARGES.#TopG with the W.

Andrew Tate and his brother are free the have been released pic.twitter.com/7eCOieqnKO

Andrew Tate has been released. Not surprising pic.twitter.com/wjAxnDWEZ0

There are numerous previous videos that indicate his release. In the meantime, it is also unknown who tweeted out the following message from Tate’s Twitter account: “God is on our side, so the Matrix will not win. Inshallah.”

Currently, Andrew and his brother Tristan are detained for a further 30 days as investigations continue. Tate’s lawyer Eugen Constantin Vidineac said, “From our perspective, there are no grounds… for taking this most drastic preventive measure, but it is the judge’s prerogative.” As such, Tate and other detainees will be held in one of many Detention and Preventative Arrest Centers across Romania for the time being.